KEMPTVILLE, ONT. -- In what is becoming a yearly tradition, the Poppy Project in Kemptville is honouring Canada's veterans for the next six days.

The clock tower at Rotary Park now stands adorned with thousands of hand-made poppies from all over the country. 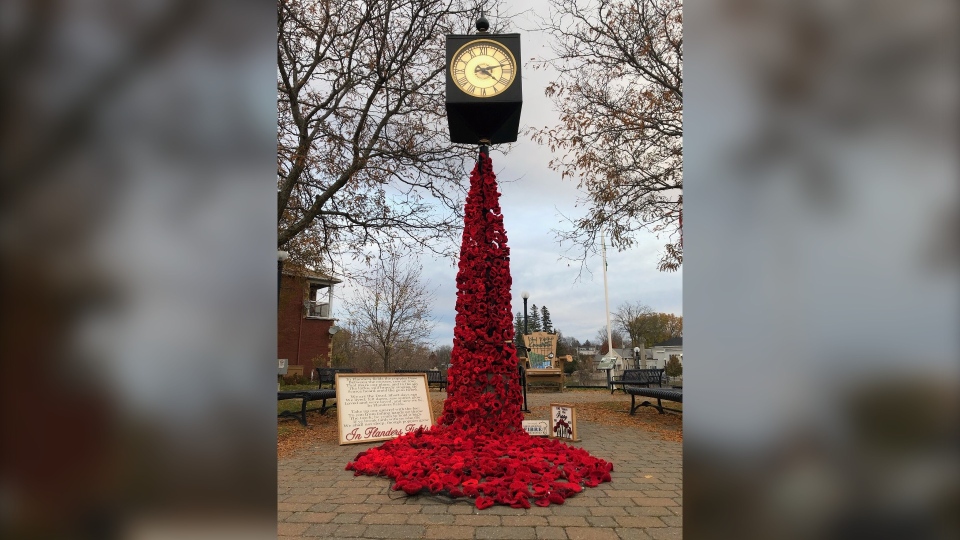 The project is in its third year according to organizer Brenda Ward.

"I put the word out to some friends and they knit poppies the first year and it looked great, and then the second year we did it again and it looked even better, and now the third year it looks absolutely phenomenal," Ward told CTV News Ottawa on Tuesday.

She had seen the idea of a hand-made poppy display in western Canada and thought it was such a great idea that she would bring it to eastern Ontario.

This year, more than 800 poppies were knitted or crocheted and either dropped off or mailed in from across the country. 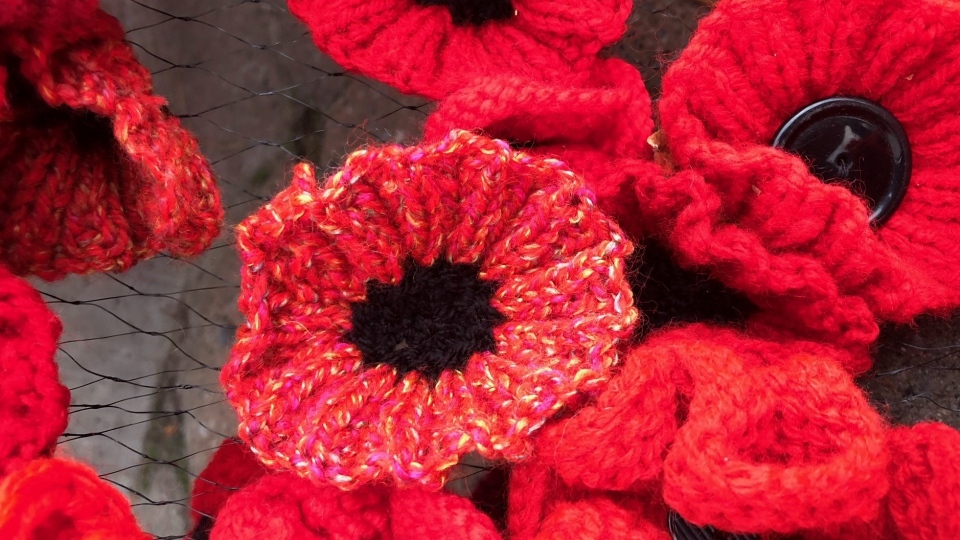 Knitter Debbie Wilson says she works on the project throughout the year.

"Some of us have bins at home with red yarn and black yarn and we all just, you know, if you're bored, you sit out on the deck or after gardening, you pick up your knitting needles and knit a few poppies," Wilson said.

She says it takes around 45 minutes to make one poppy, depending on the type of material and procedure.

The display went up on Tuesday afternoon, which includes all the poppies from past years added to netting with safety pins.

Ward estimates that there are now more than 2,000 poppies on display.

"It was beautiful to have the piper here piping Amazing Grace as it went up," Ward said, wiping away tears. "Everybody pitched in and it was just wonderful."

The project also praised by Aubrey Callan from Kemptville's Royal Canadian Legion branch, who watched the display being put up.

"It's touching," Callan said. "It's a lot of work put in by the ladies that done it and everybody comes by this corner is going to remember our veterans. Today's veterans and our veterans that have passed on."

The poppy is also celebrating 100 years in 2021 as Canada's symbol of remembrance. 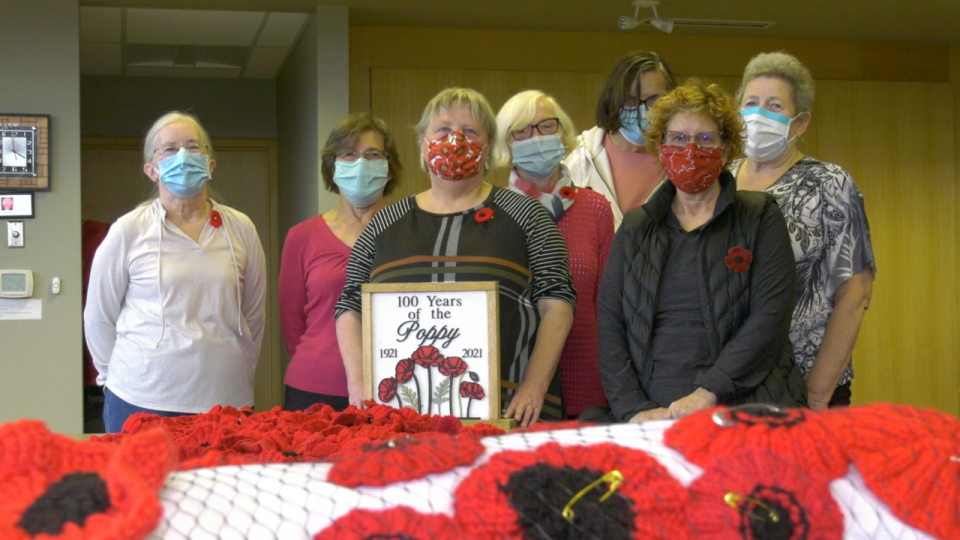 "(I feel) very humble; very, very humble," said Ward. "It's so cool because they mail them to me but they don't tell me their names so I send out a thank you card to my poppy friend and appreciate it."

"If you have time to do any in the next few days, come and pin them on," said Wilson, pointing to spots on the netting that could be filled.

"They can still get in on it. The display will be up at Rotary Park until Nov. 15 and there will be room there. If you knit a poppy, put a safety pin on the back and just pin it to the net," added Ward.

"I'm very, very fortunate to have a community like this that supports it and I'm overwhelmed. It's great."

Patterns and more information on the project can be found at the Leeds Grenville Fibre Extravaganza Facebook page.