OTTAWA -- Ottawa is known for its endless bike paths that stretch all across the city, but one cyclist is upset after a construction pothole in one of them caused him to flip over his bike and break his wrists.

Paul Morton has been an avid cyclist his entire life and has travelled the world doing it.

This past weekend, he was badly injured at an LRT construction site on Holly Acres Road. 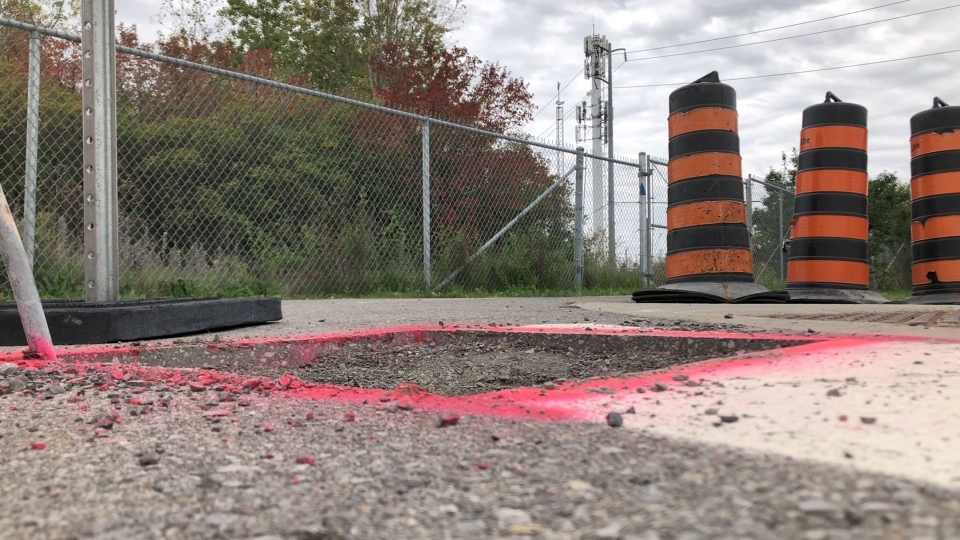 “I’ve been cycling these streets in Ottawa for 30 years,” says Morton. “It wasn’t filled in. I hit this (pothpole) with my wheel at an angle. I basically stopped dead. I shot up in the air, came down on my face and my hands and as a result I now have, left arm, two broken bones in the wrist, and the right, a fracture in the scaphoid.”

Morton says he is one of many cyclist who have had to maneuver around the obstacle on the path.

“The hole has at least been here for the past three to maybe four weeks,” says cyclist George who narrowly escaped injury by lifting his front tire over the pothole at the last second. “You completely obstruct the bike path. You ride into this in dim light, and it throws you off your bike again. And if it’s not the hole, it's the cable.”

The construction company, Kiewit-Eurovia-Vinci (KEV) says there are signs on the pathway and barrels were placed to divert cyclists away from the hazard. They were first made aware of the problem on the weekend.

“We totally understand the importance of mobility in the city and it is a paramount concern for us,” says Jennifer Falconer, Deputy Director of Communications for KEV. “So we anticipate that this will be a much better and safer situation as of the end of (Tuesday).”

The company has since put up a new sign after the interview with CTV News Ottawa. 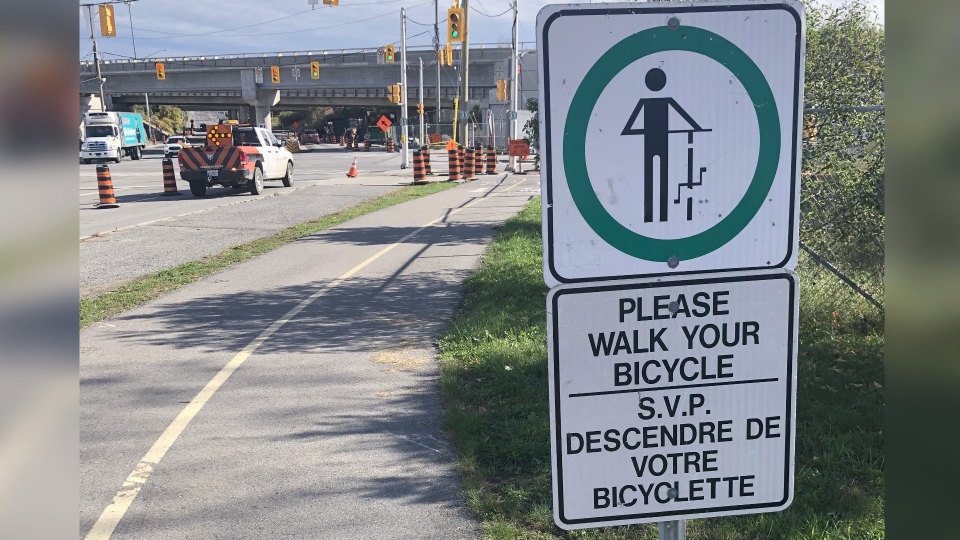 But residents like Ian McConnachie, of the Crystal Beach Community Association, are still concerned.

“How somebody, in the process of doing this, made the decisions to do it this way, without appropriate safety analysis on this… Somebody dropped the ball here, and the oversight of risk management failed here.”

The councillor for the area, Theresa Kavanagh, says a safety hazard like this is unacceptable and needs to be addressed right away.

“This is all Stage Two construction. I’ve talked to staff,” says Kavanagh. “We’re all feeling frustrated that things don’t move quickly enough in terms of dealing with safety issues. And they need to be dealt with when they’re pointed out.”

For Morton, he just wants to make sure this doesn’t happen again, to him, or anyone else.

“With the rise in petrol costs, I think you’ll probably find next year there’s even more cyclist on the paths than there is today,” says Morton. “And that’s the reason we’ve got to start getting them safe for everyone.”