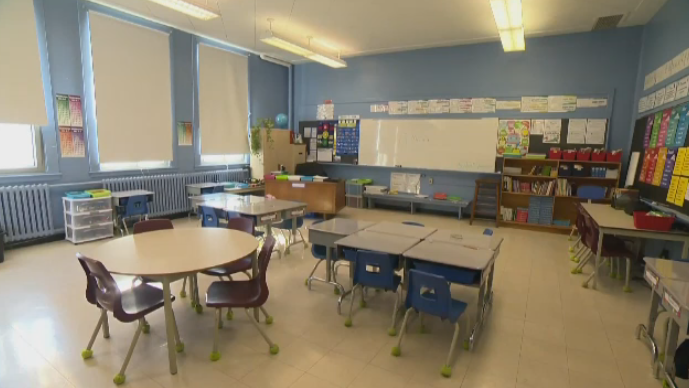 OTTAWA -- As the clock ticks for parents to make a decision about whether or not they’ll be sending their kids to school for the upcoming year, there is frustration about what the return will look like for high school students.

The return to the classroom for students at two of Ottawa’s biggest school boards is one that will still see a majority of learning remotely.

Monday, the Ottawa Catholic School Board and the Ottawa Carleton District School Board released their back to school plans. High school students from both boards will be divided into two cohorts, with students at school for five days during a two week period.

Under the plan, high school students will spend the morning in class before transitioning to remote learning from home for the remainder of the day. Students will only spend twenty-five per cent of their day in the classroom.

"I was actually quite shocked, enraged to be honest, very, very angry," said Vicky Smallman, a parent of a high school student.

"I was really looking forward to a fresh start, so I’m really sad for what this means for my kids ability to learn."

Smallman is one of many parents who are frustrated by the decision. Her Grade 9 son has a learning disability, which she said, makes remote learning challenging.

She’ll be sending her son to school but said still doing more learning from home will tough.

"Now we’re looking at if one of us has to quit our jobs or go to part time just to manage it, and that’s just not fair," said Smallman.

Parents aren’t the only ones who are frustrated with the back to school plan. OCDSB Trustee Mark Fisher has been critical of the plan. He said it’s not a school reopening plan, but an online learning one.

"Certainly disappointed, I think up until this point both our board and the Ottawa Catholic board to come up with a model, at least for our secondary school level that try to include as much in-school learning as possible, 50 per cent that’s what we were talking about," said Fisher.

Not all feedback has been critical though. Other parents CTV News Ottawa spoke with were just excited to be sending their kids to the classroom.

Still for many the plans put forward by the OCDSB and OCSB will pose added challenges for parents.

These plans are making the difficult decision about whether or not to send their kids back to class even harder.