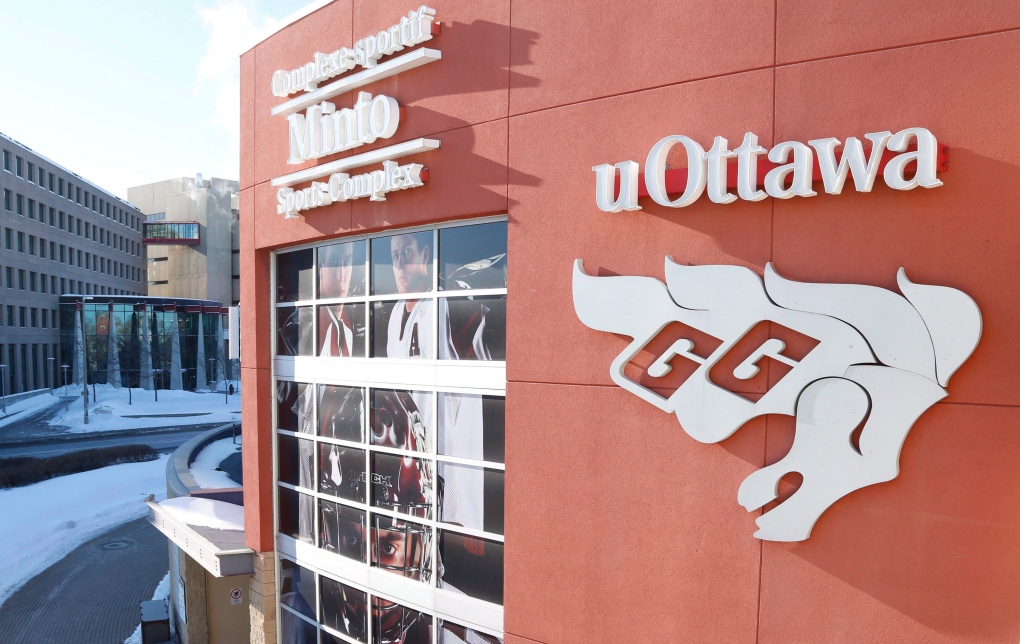 The Minto Sports Complex, home of the University of Ottawa Gee-Gees men's hockey team, is shown in Ottawa on Monday, March 3, 2014. (Patrick Doyle / THE CANADIAN PRESS)

OTTAWA - The president of the University of Ottawa says the school will implement a comprehensive plan to combat sexual harassment and violence in the wake of a sex assault scandal that swamped its men's hockey team last year.

Allan Rock says the university will adopt the 11 recommendations presented today by a task force which was formed last year after a pair of sexual violence incidents.

He says the aim is to encourage respectful behaviour, prevent sexual violence and ensure that students and employees can work free of harassment and sexual violence.

Last February, members of the university men's hockey team were involved in an alleged sexual assault and the team was suspended for the season.

That was followed by Facebook incident in which sexually derogatory and violent comments were >directed against the female president of the student federation.

Rock says the university will teach students about sexual consent, train managers and staff on harassment and sexual violence issues and devise a fair and open process to deal with cases of misbehaviour.