Two-vehicle crash outside Lansdowne sends SUV onto its side 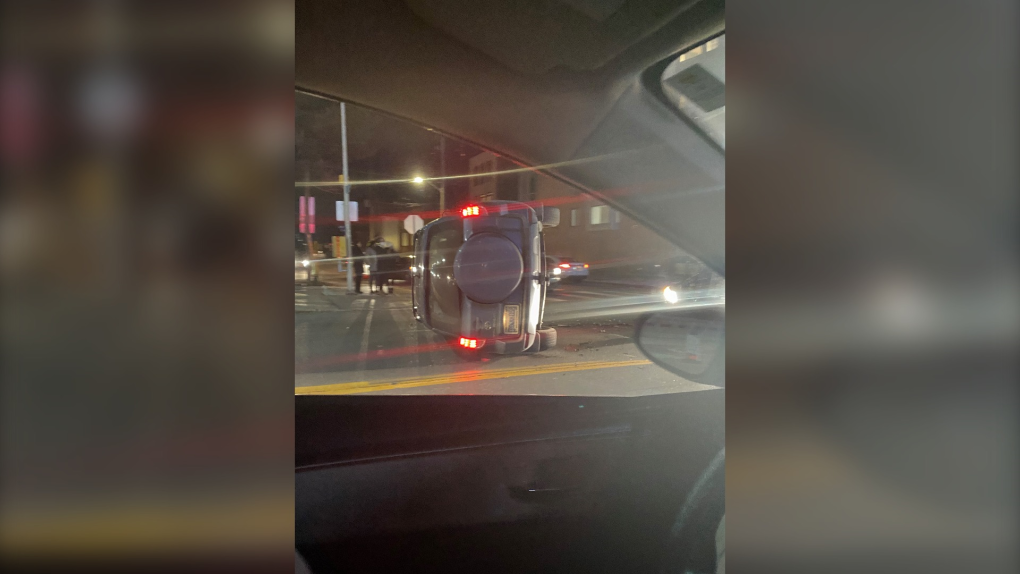 OTTAWA -- One person was transported to hospital with non-life-threatening injuries after a two-vehicle crash in front of Lansdowne Park.

Emergency crews responded to the crash on Bank Street, between Wilton Crescent and Echo Drive, just after 8 p.m. Saturday.

Photos submitted to CTV News Ottawa showed an SUV on its side following the collision.

The driver of one vehicle, an individual in their 40s, was transported to hospital with what paramedics described as minor injuries.

The driver of the second vehicle was not hurt.

Police closed a section of Bank Street outside of Lansdowne for the investigation.