The City confirms the two cameras were installed this week at the monument to Canada's first prime minister, along with signs informing the public of their presence.

The move comes after activists in Montreal recently pulled down its statue of Macdonald, who has come under increasing scrutiny for policies damaging and sometimes deadly to Indigenous peoples in Canada, including overseeing the creation of the country's residential school system. 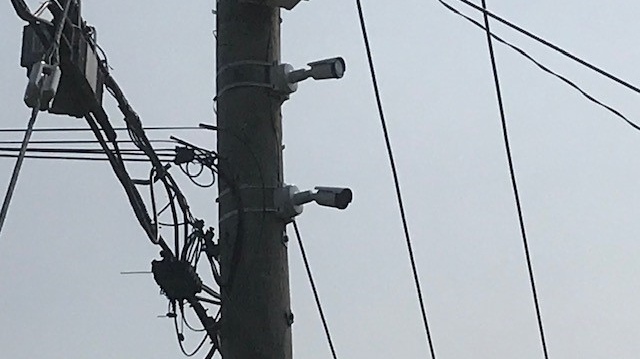 "I wouldn't say it was because of that particular event, but we know we have seen vandalism in the past," explains Kingston Mayor Bryan Paterson.

Colin Wiginton, Cultural Director for the City of Kingston, said in a statement the statue is considered a public asset, so the city is required to care for it, but said of greater importance was the recently completed 18-month public engagement process that looked at how Kingston stories are told through its cultural exhibitions and programming.

"As part of that engagement, the city sought feedback from the community specific to Sir John A. Macdonald and his legacy and how both are presented in Kingston," he said.

"The majority of participants involved in the engagement felt it was important to keep the monument in place but to develop an approach to interpreting local history in ways that are more complete and inclusive."

"I think having those cameras there is an important step, just be able to align with the decisions we’ve made as a council. Being able to move forward in a constructive way," agrees Paterson. 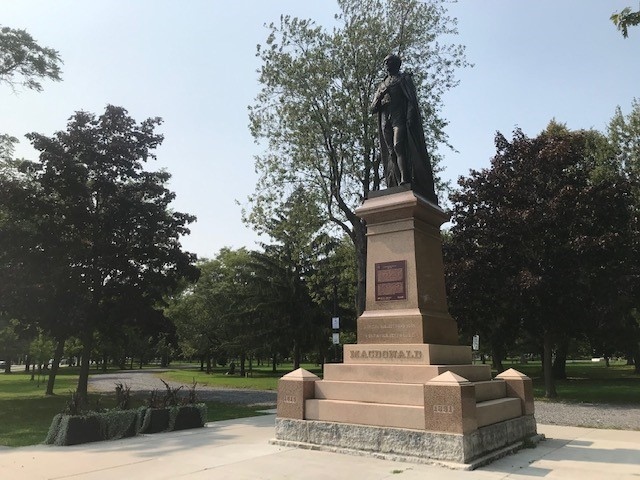 Kingston City Council has directed staff to form a working group made up of Indigenous and non-Indigenous community members to develop a new plaque for the statue that Wiginton said provides a "more honest and inclusive account of Macdonald's history in a Kingston context."

The move to add cameras has frustrated some residents like Tyler Irwin, who say the work to add the plaque to the statue has been slow.

"It’s strange to me that they’re putting resources into cameras before more accurately representing Sir John A. Macdonald," he says. "I think it just says something about the city’s priorities... it’s disappointing to me that the city’s basically saying that they’d rather keep the statue safe then represent history accurately."

The cameras will become active by the end of this week. There are already signs warning that the cameras are there.

"Obviously the fact that we do have those cameras means that obviously there is a layer of protection there that if needed there would be footage that would be available to police," says Paterson. "But my hope as mayor that that won’t be necessary."