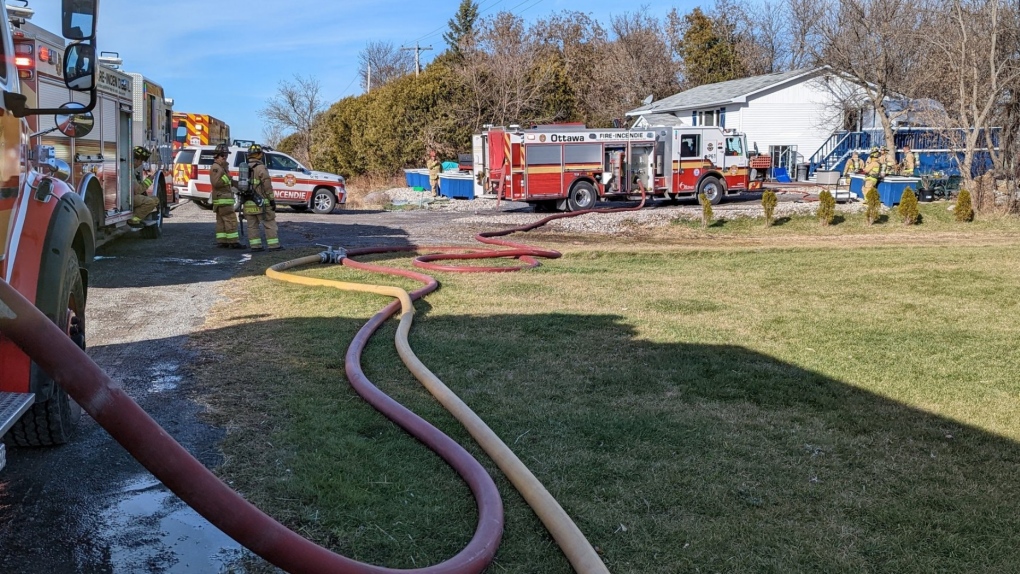 Two residents have been displaced after a fire broke out in the basement of their bungalow in Kinburn Saturday morning.

Ottawa Fire Services were called to the home on Donald B. Munro Drive around 11 a.m. when the 911 caller reported the fire.

Several Ottawa police officers were nearby and were first on the scene, OFS said in a news release. The officers helped remove nearby propane tanks and confirmed everyone had made it out of the house safely. Police also informed firefighters that some shotgun ammunition was inside, which could have posed a risk.

The fire was brought under control and contained to the basement.

The cause was deemed to be electrical in nature.

No one was reported hurt.

Ottawa Fire quickly brought a Working Fire on Donald B. Munro DR in Kinburn under control. Crews were able to contain the fire to the basement of a single family bungalow. No injuries reported. 2 residents displaced and a @OttFire Investigator is on route. #ottnews #ottawa pic.twitter.com/DwpTJqqBqN