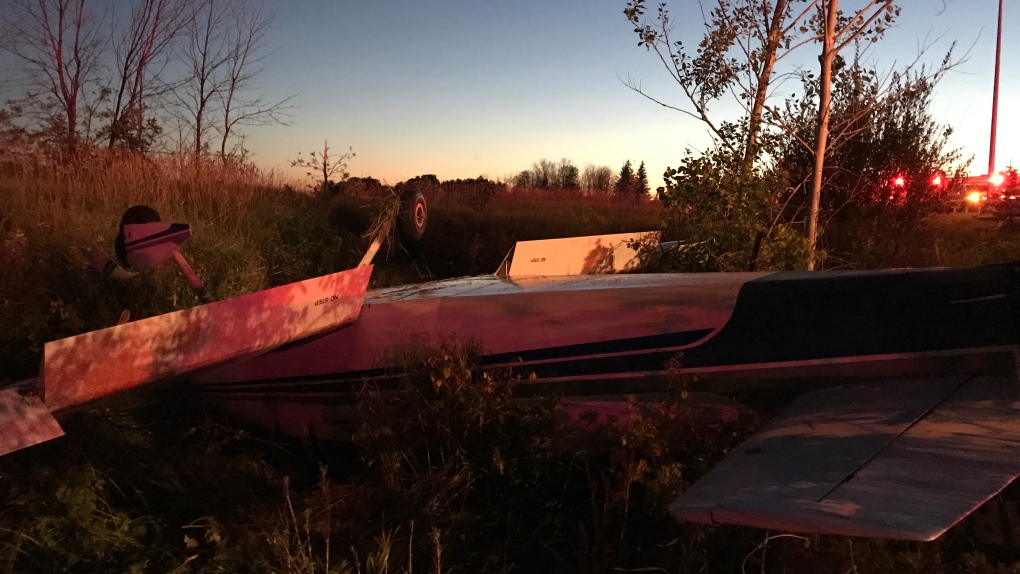 OTTAWA -- Two people were treated by members of the County of Renfrew Paramedic Service after a small plane crashed near Arnprior Tuesday night, according to Ottawa Fire.

Ottawa Fire received a call just after 8:30 p.m. for a plane crash just south of the 417 near the Ottawa Road 29 exit.

Ottawa Fire says two people escaped the wreckage and were treated by the County of Renfrew Paramedic Service.

Fire crews were able to stabilize the aircraft, which was located upside down, and contain a fuel leak.

It's unclear what caused the crash.

Members from the Ottawa Police Service, Ottawa Fire Service, OPP and the County of Renfrew Paramedic Service all responded to the call.

Ottawa Fire On Location for a small plane crash near HWY 417 and Ottawa Road 29. The two occupants had escaped the wreckage and were treated by @RenCtyParamedic. Firefighters contained a fuel leak and ensured there was no risk of fire. pic.twitter.com/u37EmoLeQx