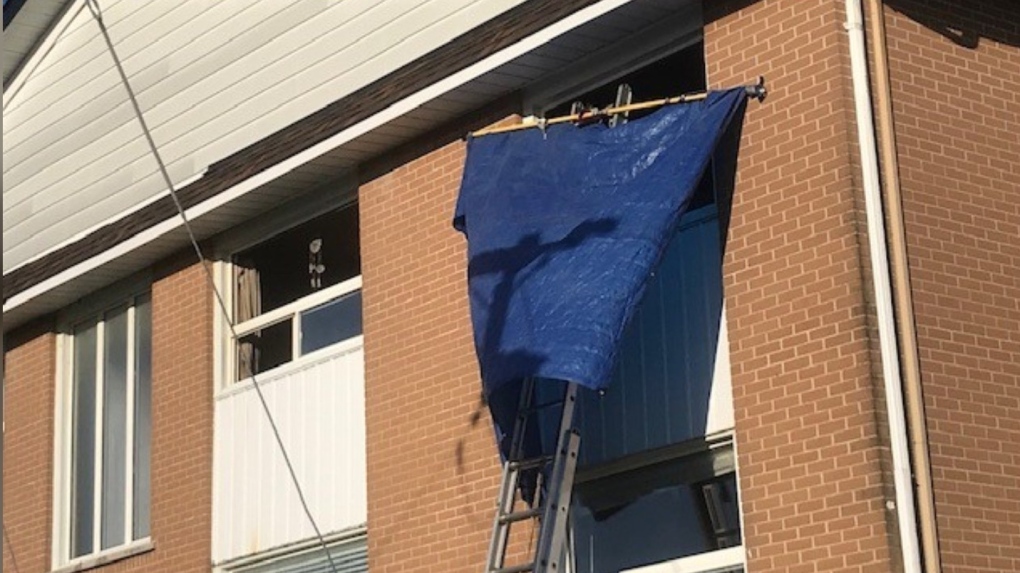 KINGSTON -- Ontario Provincial Police are investigating the deaths of a man and a woman following a fire in an apartment building in Amherstview, just west of Kingston.

Emergency crews responded to a call for a fire just before 6 p.m. Wednesday at a three-floor building on Manitou Crescent West in the community of 8,000 people.

The bodies of a 37-year-old woman and a 52-year-old man were found in the apartment. Police would not say if the two died because of the fire.

"We are conducting an investigation with local crime unit under my direction from the Criminal Investigation Branch," said OPP Det. Matt Watson.

On Thursday morning, a blue tarp covered the window of an upper floor apartment and police tape surrounded the building.

Resident Gail Rutherford was sitting outside the building with a friend when the fire alarm sounded and the building evacuated.

"You could tell there was smoke in the building, because you could see through the windows it was really hazy," said Rutherford.

"I'm not sure if the people had barricaded themselves or what happened, but they ended up having to take a ladder and lift and actually smash the window," said Rutherford.

"Once we heard that and saw all the glass fall, all the smoke just kind of billowed out."

On Thursday, OPP Forensic Investigators and the Ontario Fire Marshall were seen entering and exiting the building.

Police released few details about the investigation, but said the cause of deaths was listed as suspicious.

In a statement, the OPP said, "there are no public safety concerns identified at this time."