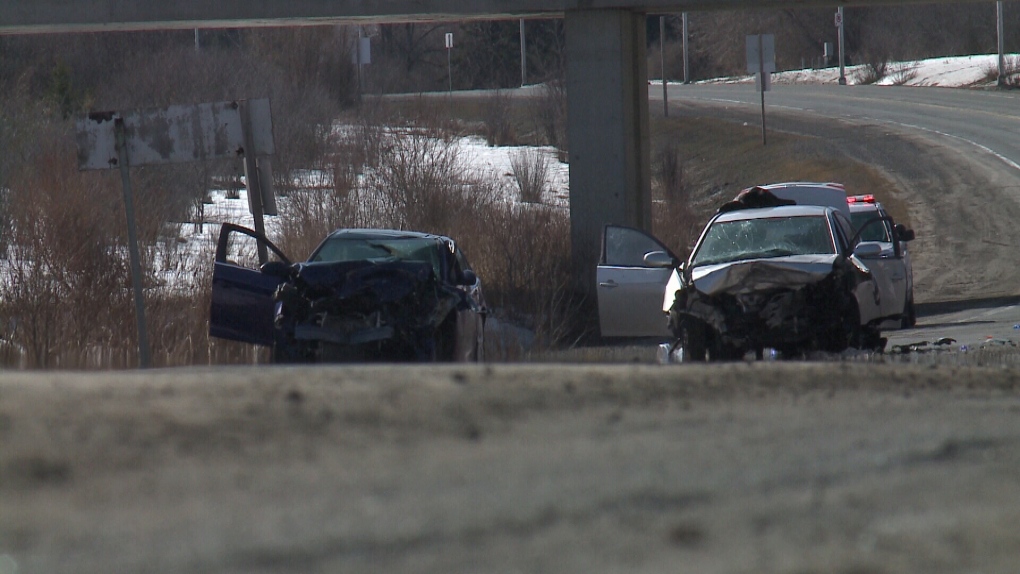 The scene of a two-car collision on the Airport Parkway between Walkley and Brookfield roads on Wednesday, Mar. 29, 2017. (Zane Burtnyk/CTV Ottawa)

Three people were taken to hospital, including two in critical condition, after a head-on crash on the Airport Parkway Wednesday morning.

The two-car collision happened just after 9 a.m. between Walkley and Brookfield roads.

Both were taken to hospital in critical condition.

A 55-year-old man was also treated for injuries to his stomach and extremities and was in serious but stable condition.

Fire crews used spreaders and cutters to extricate the driver of one of the vehicles.

Ottawa Police are advising drivers to avoid the area.