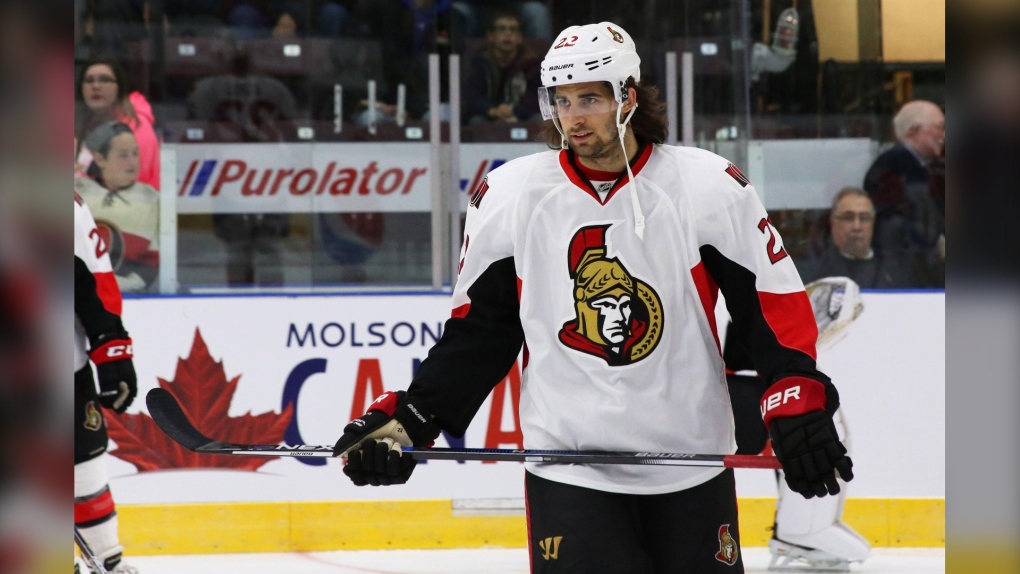 Canada's Olympic men's hockey team will feature two players with Ottawa-area connections when they hit the ice next month.

Ottawa native Eric O'Dell will be making his second Olympic appearance after playing on the bronze-medal winning Canadian team in the 2018 Games.

O'Dell grew up playing minor hockey in west Ottawa and played junior hockey for the Ottawa Jr. Senators and Cumberland Grads. The Ottawa Senators later signed him as a free agent in 2015, though he never played an NHL game for them.

The forward has spent the last several seasons in Russia's Kontinental Hockey League.

Mason McTavish, a Carp native who played at the recent world junior championships until they were cancelled, was also named to the team. The Anaheim Ducks prospect plays for the Hamilton Bulldogs of the OHL.

Goaltender Devon Levi has also been named to the team. Levi played junior hockey with the Carleton Place Casnadians and won a silver medal at the 2021 World Junior Hockey Championships.

The NHL announced last month that its players would not participate in the Olympics because of the surging Omicron variant of COVID-19.