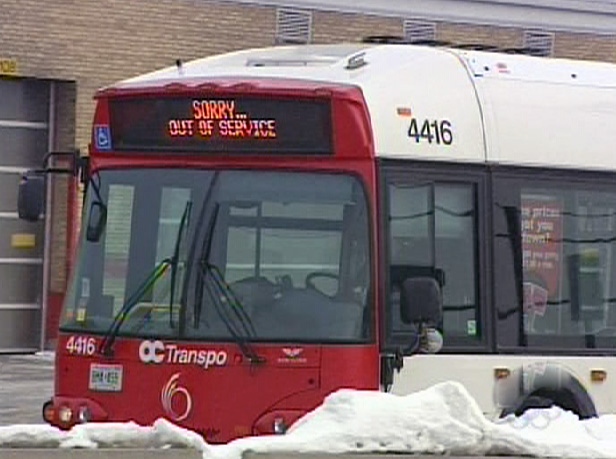 Two OC Transpo drivers assaulted on the job this week

Two more OC Transpo drivers were attacked while on duty this week.

On Tuesday Februrary 11. 2014, a driver was punched in the back of his head as he pulled his bus into the South Keys Transit Station.

The next day, a female operator was attacked on a bus at the Bayshore Transit station. That driver was taken to hospital for her injuries.

A suspect was arrested on the spot and charged with assault.

The union representing bus drivers says the attacks are getting out of hand.

" One assault is one too many. These incidents have got to stop", said Sharon Bow, Vice- President of the Amalgamated Transit Union.

There have been eight assaults on OC Transpo drivers since January 1st of this year.

In 2013, the number of assaults totaled more than seventy.