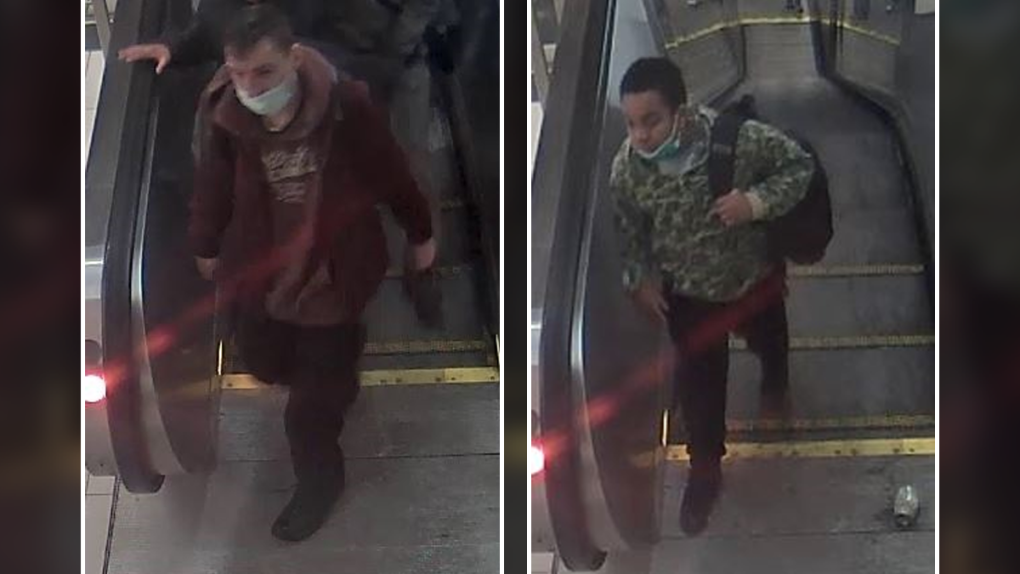 Police are searching for two persons of interest in relation to an assault at Rideau LRT station last month. (Ottawa Police Service)

Ottawa police are looking for two people in relation to an assault at the Rideau LRT station last month.

Police said two men were assaulted around 7:50 p.m. on March 24 at the LRT station. Both suffered minor injuries.

On Wednesday, police released photos of two persons of interest.

The first is described as white, wearing black pants and black shoes with a burgundy jacket.

The second is described as Black, with a camouflage sweater, black pants and black shoes. He was also carrying a black backpack.

Anyone with information is asked to contact police or Crime Stoppers.