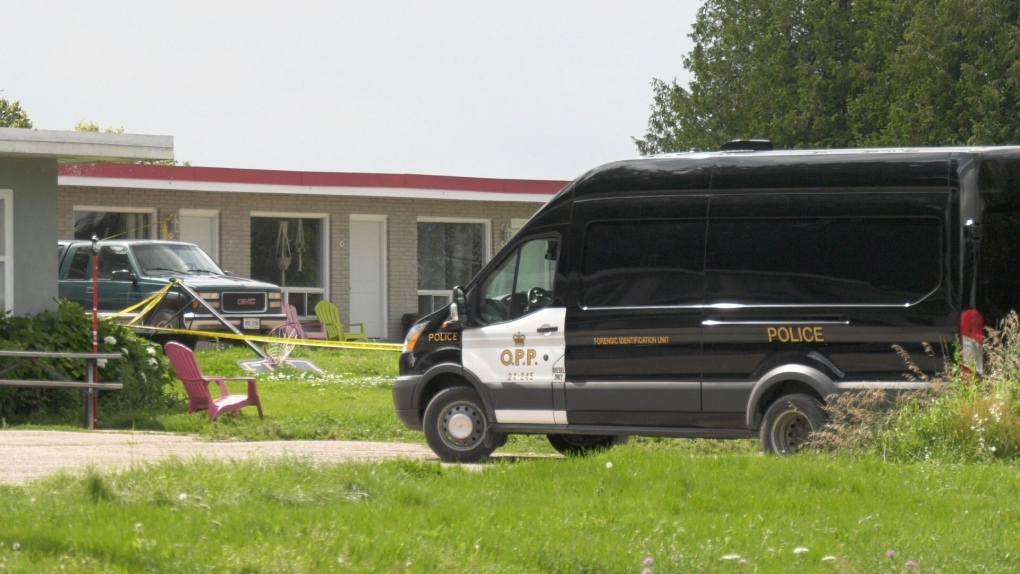 Ontario Provincial Police investigate on Thursday, July 22 after a man was found stabbed at a motel in Eganville. (Dylan Dyson/CTV News Ottawa)

OTTAWA -- Two people are facing charges in connection to the death of a Barry’s Bay man at a motel in the Ottawa Valley.

Ontario Provincial Police responded to a 911 call at a motel on Hwy. 60 near Eganville at approximately 6:30 p.m. on July 21. Officers located a 40-year-old man with serious injuries at the motel.

Gilbert Rumleskie was pronounced dead at the scene.

On Friday, Ontario Provincial Police announced two men from North Algona-Wilberforce are facing charges in connection to the death.

Brandon Lamoureux, 27, is charged with second degree murder.  Jordan Plumb, 19, is facing a charge of manslaughter.

Police say the investigation is ongoing.