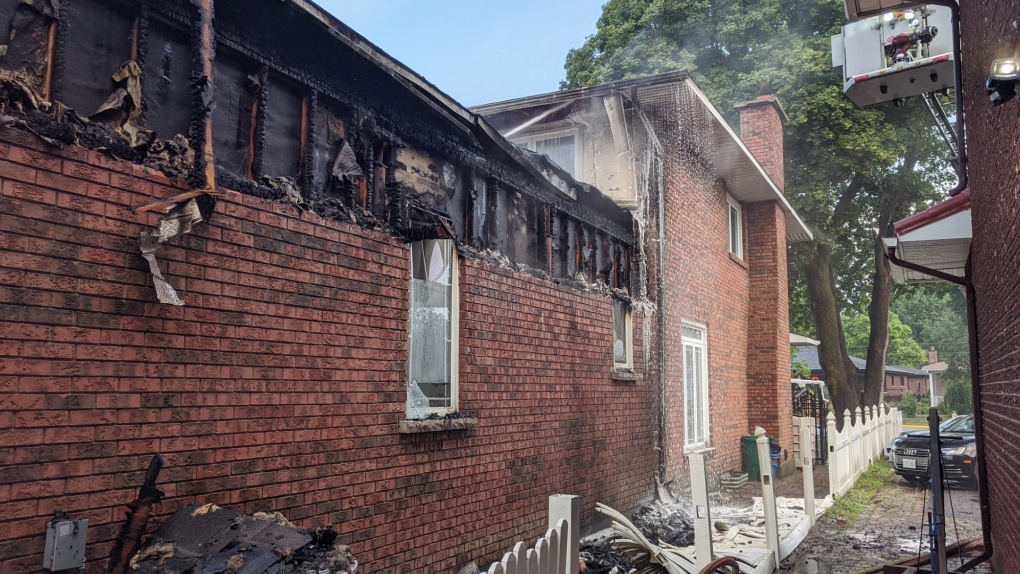 Firefighters received 911 calls at 6:28 a.m. on reports of smoke coming from the attic of a home on Chapman Boulevard, in the Elmvale area.

There was smoke coming from the eaves and charring on one corner, consistent with a lightning strike, a press release said.

The fire was under control in about half an hour and no one was hurt or displaced.

Firefighters also responded to 911 calls at 6:33 a.m. about a fire at a home on Prince of Wales Drive, near Normandy Crescent. A lightning strike was to blame for this fire as well, a press release said.

It took just under an hour to get that fire under control.

In this case, two people were displaced, but fire officials say they were not hurt and do not require victim's services.

Ottawa Fire on scene of a Working Fire at 1789 Prince of Wales Drive. This is a large 2-storey house with a 1-storey addition at the rear. Main body of fire knocked down, overhaul & salvage operations underway. OFS Fire Investigator dispatched. #ottnews #ottciry #OttFire pic.twitter.com/nCYXx4Xi2p

Environment Canada meteorologist Peter Kimbell did not have specifics in terms of locations of lightning strikes Sunday morning, when he spoke to CTV News, but he did say there was intense lightning activity over the region.