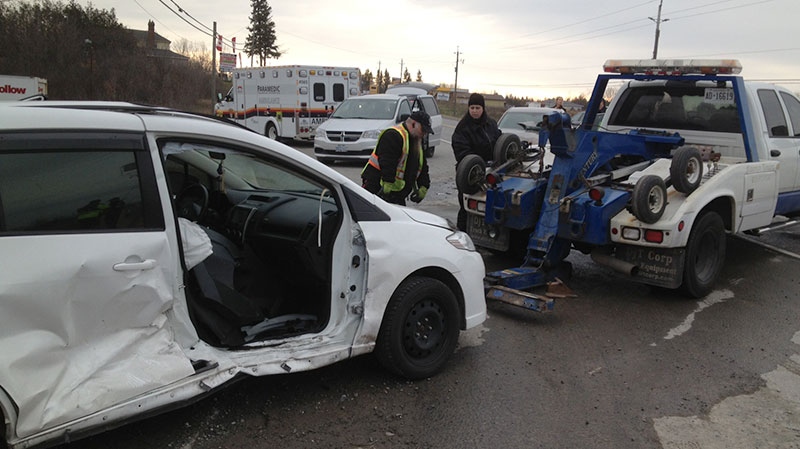 Two pregnant women and a senior citizen were injured in a crash on Bank Street south Friday morning.

Emergency crews were called to Bank Street between Blais and Rideau Road just before 11 a.m. They arrived to find one woman with serious injuries trapped inside one of the vehicles. Paramedics say she is two months pregnant.

Paramedics say the driver of that vehicle is also pregnant but much further along. The woman, who is a few weeks away from giving birth, suffered minor injuries.

The driver of the other vehicle is 80 years old. Paramedics say she was treated for minor injuries to her chest, likely caused by the seatbelt.