A week after the National Capital Commission recommended Tunney’s Pasture as the site for the Ottawa Hospital’s new Civic Campus, CTV News has learned the proposal is dead.

Sources said local politicians from three levels of government have agreed on a new spot for the hospital: the site of the former Sir John Carling building on the Experimental Farm.

The reversal comes in the wake of near-universal condemnation of Tunney’s Pasture, a surprise pick that wasn’t among the hospital’s top choices.

On Tuesday, the Ottawa Hospital Board of Directors unanimously rejected Tunney’s, citing concerns about access, construction timelines and the cost of relocating to land already home to some government buildings. Five local Liberal MPPs backed the board’s stance.

Now, officials are scrambling to reach a political compromise. The site they have chosen is the former site of the Sir John Carling building, which was demolished in July 2014.

It’s a stunning reversal for Ottawa Centre MP Catherine McKenna, who championed the NCC’s process and praised its transparency after the Tunney’s Pasture recommendation was announced last week.

The new site seen as a compromise. The site is just east of the current Civic campus, east along Carling Avenue towards Dow’s Lake. And although it’s part of the Experimental Farm, but no research is conducted there.

That was a major concern in 2014, when then-Conservative minister John Baird set aside 24 hectares of Central Experimental Farm land for the hospital expansion directly across from its current location.

That decision was criticized for a lack of consultation and for the federal government giving up land used for valuable research.

During the election campaign, McKenna pledged to revisit the decision to transfer that land to the hospital, and gained support for that position in the riding.

When the Liberals took power a year ago, Heritage Minister Melanie Joly, who oversees the NCC, asked the commission to restart the process.

From that, a longlist of 12 sites emerged. The NCC launched a public consultation, getting input from thousands of people.

But the Tunney’s choice last week still shocked observers, mainly because it wasn’t one of the hospital’s top choices.

Late Thursday, Watson announced he, local MPs and MPPs are holding a news conference Friday morning to "provide input on the future site of the new Ottawa Hospital." 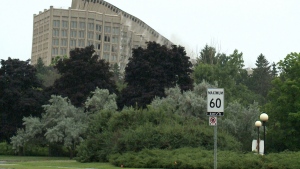 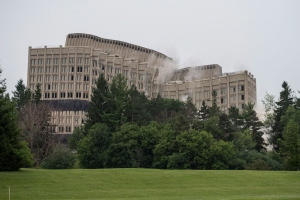