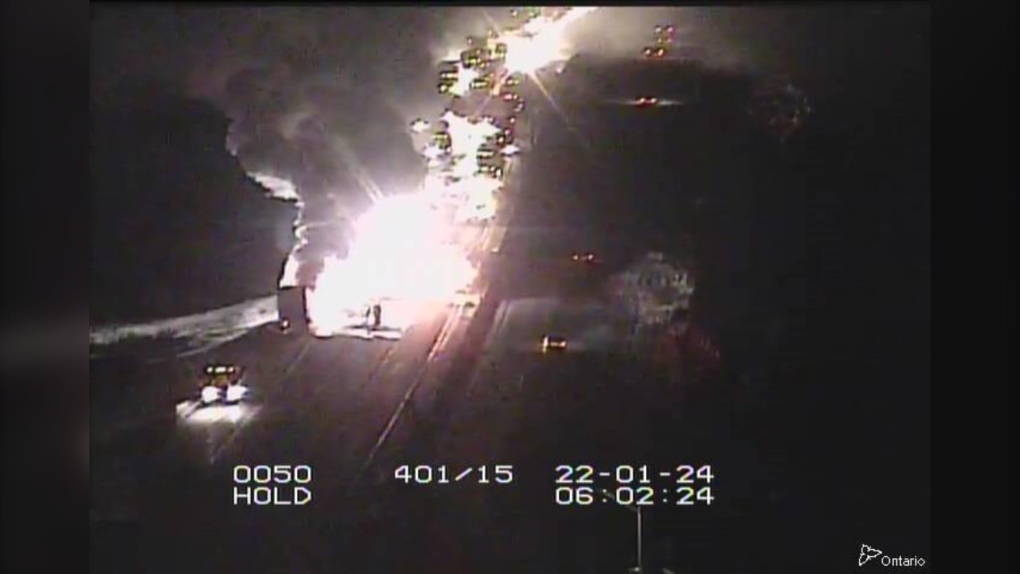 Highway 401 eastbound is closed between Montreal St. and Hwy 15 exits after a transport truck caught on fire. (511 Ontario)

Several lanes of Highway 401 eastbound were closed between Montreal St. and Hwy 15 exits after a transport truck caught on fire.

Ontario Provincial Police and Kingston Fire responded to the truck fire on Highway 401 at around 5:30 a.m. Monday morning.

All the eastbound lanes were closed while the fire department is working to extinguish the blaze on the trailer. One lane reopened later Monday morning, and police said around 3:30 p.m. the road had fully reopened.

No injuries are being reported.