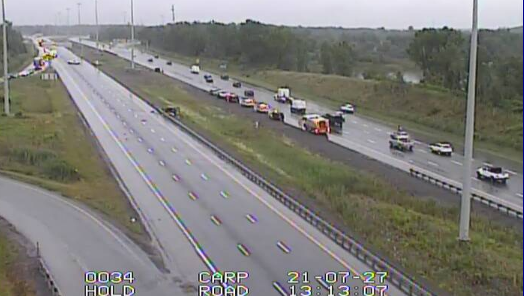 OTTAWA -- A 59-year-old woman has been killed in a single vehicle crash in Ottawa’s west end.

Ontario Provincial Police responded to the crash involving a pick-up truck in the eastbound lanes of Highway 417 at Carp Road at 12:50 p.m.

Police say the initial investigation found the truck left the road, struck a guard rail and rolled over.

The driver of the vehicle was pronounced dead in hospital.

The eastbound lanes of Hwy. 417 are closed at Carp Road while police investigate.

Anyone with information is asked to contact the Ottawa OPP detachment at 613-270-9171.