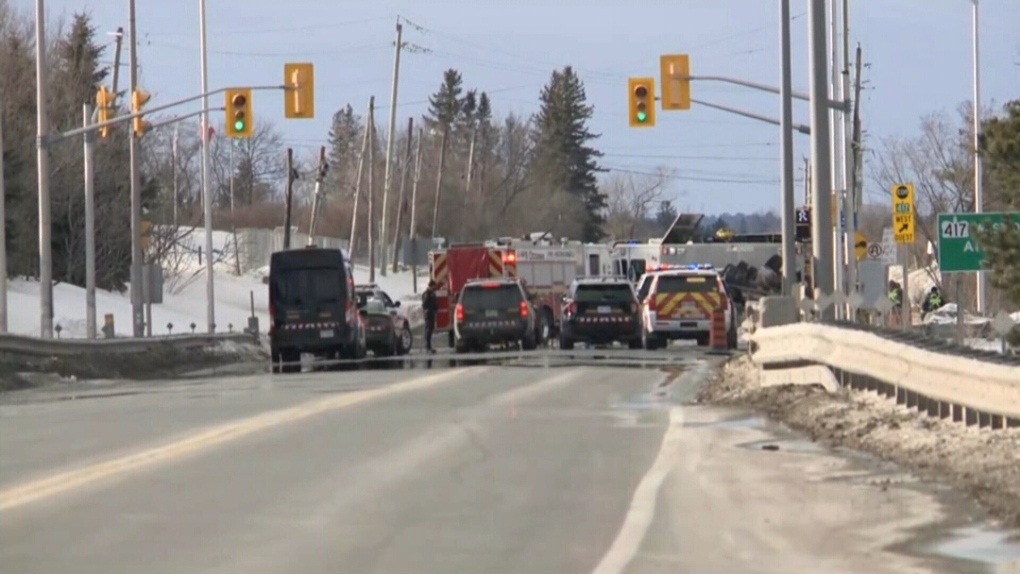 Emergency crews on the scene of a fatal crash on the Hwy. 417 off-ramp at Carp Road. (Mike Mersereau/CTV News Ottawa)

OTTAWA -- The driver of a tractor-trailer has been killed in a single-vehicle crash in Ottawa's west end.

Ontario Provincial Police, Ottawa fire and paramedics responded to the crash on the westbound off-ramp of Highway 417 at Carp Road just before 1:30 p.m. Friday.

The OPP says the investigation shows the tractor-trailer left the roadway and rolled over. In a statement, the Ottawa Fire Service said the occupant of the vehicle was trapped in the cab and firefighters worked to stabilize the vehicle.

OPP says the off-ramp lane of the Queensway to the northbound Carp Road will be closed for several hours while police investigate.