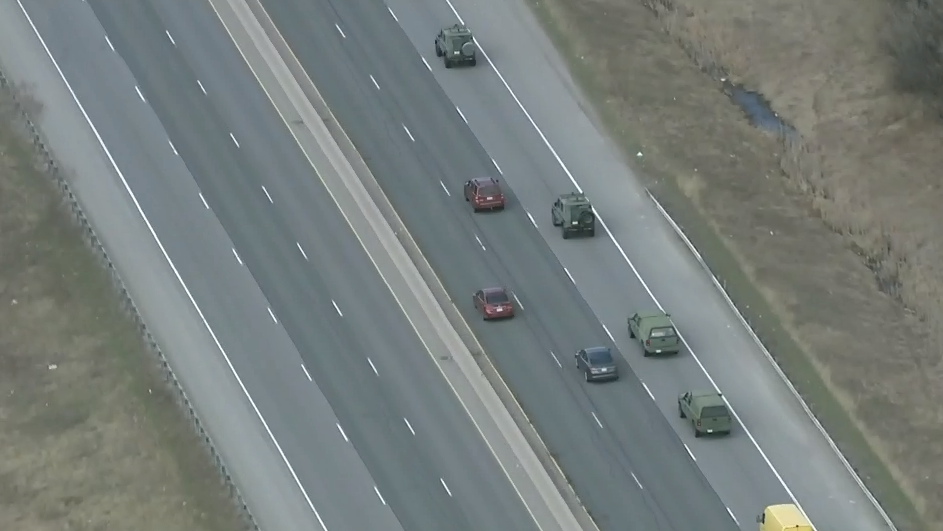 OTTAWA -- Drivers in Ontario should expect to see several military vehicles on the highways this week, as roughly 500 Canadian Armed Forces members return to their home bases following COVID-19 deployment.

Soldiers were sent in to five long-term care homes in the Greater Toronto Area in April, and later two more, to assist with devastating outbreaks of the deadly virus. Their service in the homes led to a damning report on the conditions they found within.

In a PSA issued Sunday, the Department of National Defence said the soldiers, who were stationed at CFB Borden near Barrie during their long-term care operation, will be driving back to their home units across Ontario on Monday and Thursday.

"Members of the public will see a larger number of military personnel and vehicles on the roads between the Canadian Forces Base (CFB) Borden and various units across Ontario on June 22 and June 25, 2020," the CAF said. "Drivers and pedestrians are asked to remain patient and show their support to the troops as they conduct this road move."

DND spokesperson Capt. Stacie Nelles tells CTV News in an email troops will be on the move mainly in southern and southwestern Ontario on Monday and will spread out across Ontario on Thursday.

Monday’s departure is mainly members of 31 Canadian Brigade Group who will return to Windsor, London, Sarnia, Hamilton, Guelph, and Barrie tomorrow. These are members of the Arctic Response Company Group," Nelles said. "On the 25th, the redeploying members who made up Domestic Response Companies 1 & 2 come from all three of our Reserve Brigades, so they will disperse across the province."

Of the 2,606 COVID-19 deaths reported to date in Ontario, nearly 64 per cent involved residents of long-term care facilities. Six health-care workers in long-term care homes have also died from COVID-19.

WHO warns world in 'new and dangerous phase' of pandemic