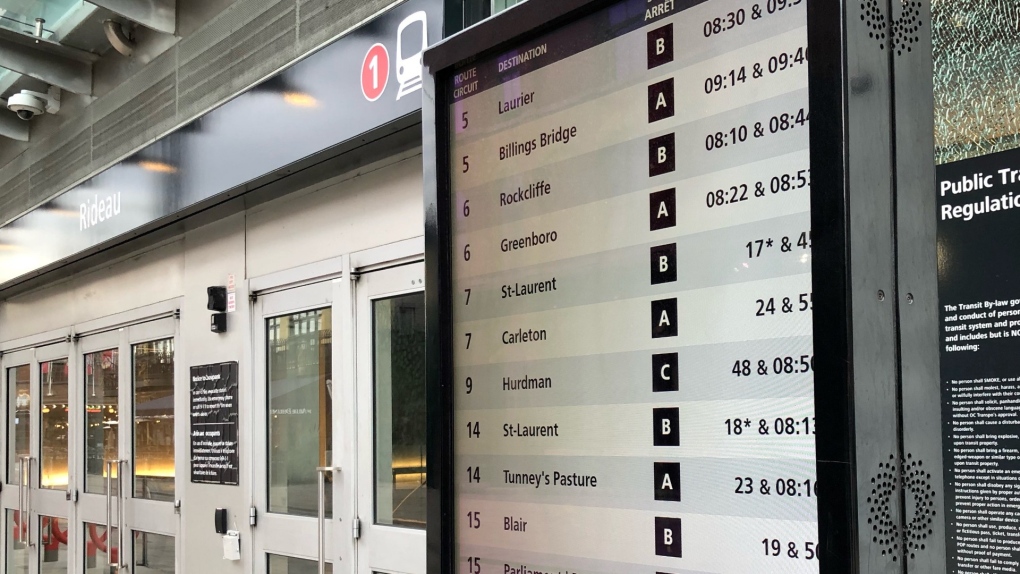 New Canada Labour Code requirements state that bus drivers must receive a 30-minute break for every five hours of work.  Acting General Manager of Transit Services Troy Charter says schedules were adjusted on April 24 as part of the spring service changes to give operators the break.

"OC Transpo remains committed to working collaboratively with ATU Local 279 and other OC Transpo employees to implement these complex scheduling changes and action feedback from employees where possible," Charter said in a statement to CTV News Ottawa.

However, the president of the Amalgamated Transit Union says the union members "are not doing well" as OC Transpo adjusts the schedule.

"They had two years to get ready for this and they sat on it right until the last second, until the government said you have to be compliant," ATU Local 279 President Clint Crabtree told Newstalk 580 CFRA's Ottawa Now with Kristy Cameron on Thursday.

Crabtree says OC Transpo putting the 30-minute break into the schedule has created "complete chaos" with the work and bus schedules.

"Buses are not showing up, people are being left without buses, my members are being left at stations where they are supposed to relieve buses and those buses aren't showing up so they have to make it back to the depot to grab a bus," Crabtree said. "The whole schedule is a mess right now and people are very upset and frustrated."

"In addition to these new positions, OC Transpo has proactively identified the need to hire an additional 200 new operators to fill upcoming vacancies as a result of attrition, LRT expansion, retirements and employees moving to new roles in the organization."

Crabtree is calling on OC Transpo to address the scheduling issues before ridership picks up in the fall, especially since the transit service is trying to boost ridership.

"Service is going to be absolutely chaotic in the fall," Crabtree said as university, college and high school students return in September. "The service will be an absolute nightmare in the fall for the public and my members."