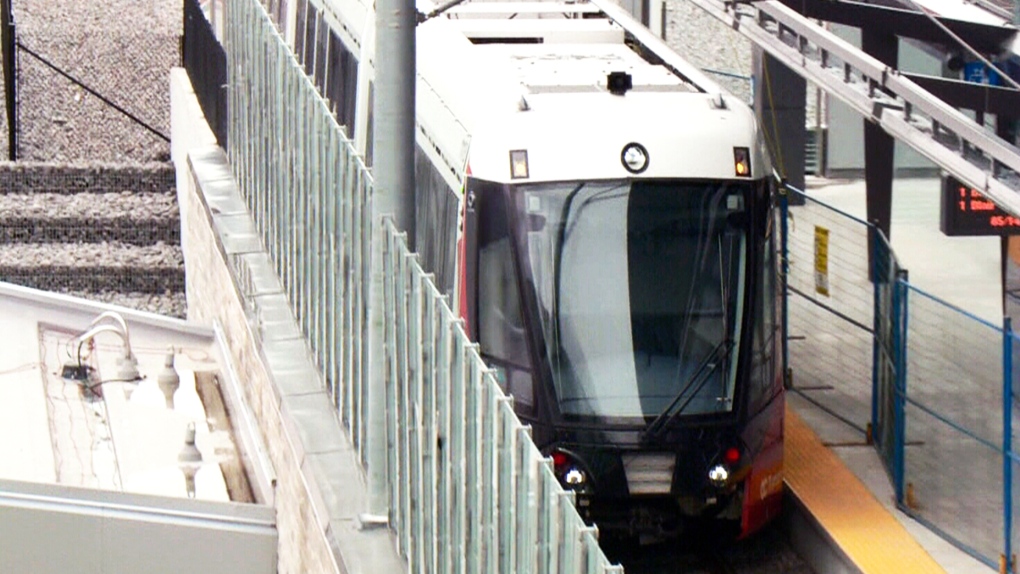 Mayor Jim Watson says the LRT is on track to be launched to the public this September.

At the opening of the Finance and Economic Development Committee (FEDCO) meeting Wednesday, Watson said the company supplying the trains met the deadline they had agreed to, following the high-level meeting with the company president last month.

“I’m very pleased to report that Alstom did, in fact, deliver all 34 trains this past Sunday, July 7,” Watson said.

With word the trains were all accounted for, Watson added that the Rideau Transit Group is also setting a new commitment to hand over the keys to the $2.1 billion light rail system.

“RTG has agreed to set a new RSA (Revenue Service Availabilty) date of August 16,” Watson said, “Which keeps us on track to launch the Confederation Line to the public in September.”

RTG has already missed three RSA dates since May 24, 2018 and has been fined $1 million each time. Another $1 million fine would be applied if the Aug. 16 date is also missed.

The next steps for RTG will be familiar because they’ve been through part of them before.

Once completion has been approved, RTG moves on to what Manconi called “the final exam.” That’s 12 straight days of non-stop testing, in which the system must run flawlessly. If that is achieved before Aug. 16, then the Rideau Transit Group can successfully hand over the system to the City and the City takes control.

At that point, there will be approximately four weeks of testing by City officials. This will include more than 70 operational drills, with a focus on safety, rail and bus operations, and station-specific scenarios.

Two “live” tests and simulations will take place, to stress test the stations for customer service. At a previous meeting, Manconi said City staff and their families would participate in these tests.

Once LRT launches, changes to the bus service will begin to roll out. Bus services will run parallel to the LRT for three weeks after launch, to give riders time to adjust. More than 100 route changes will be coming into effect as a result of the launch of LRT. Transit fares are also set to rise. They’ve been frozen until the LRT system is launched.

Manconi says the delays in Stage 1 have not affected the schedule for Stage 2.