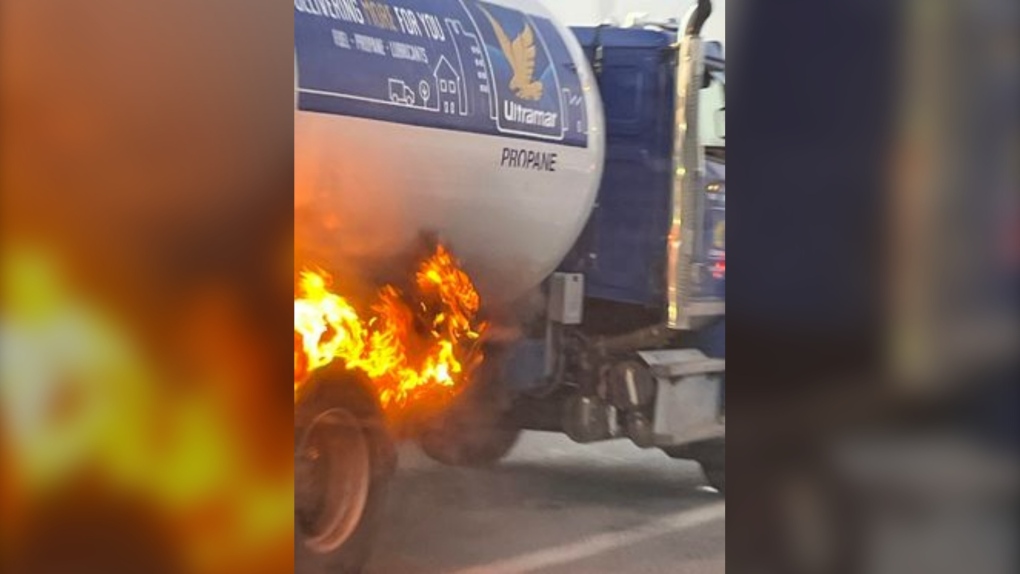 Ottawa Fire Services says no one was hurt after a propane truck caught fire on Highway 417 during the Tuesday morning rush, but it caused major delays for drivers.

Firefighters were called by the OPP to the westbound lanes of the highway near the Bronson exit at around 7:15 a.m.

The westbound lanes of the highway were closed as a result of the fire, causing significant backups.