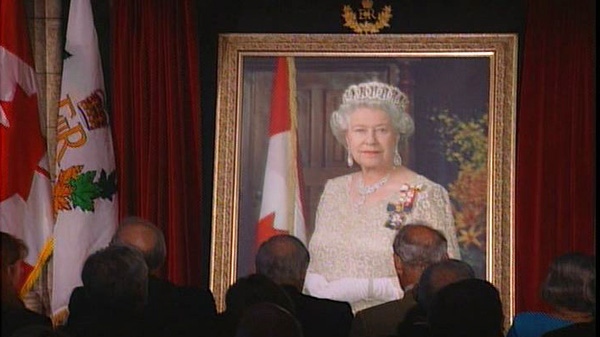 The Harper government has instructed Canadian embassies to hang a portrait of the Queen in their buildings.

OTTAWA - God Save the Queen... a space on your embassy wall.

That's the latest directive from the Conservative government, which has been pushing for greater respect for the monarchy in federal institutions.

A spokesman for Foreign Affairs Minister John Baird says Canadian missions have been instructed this month to hang a portrait of the Queen.

The move was just one of a series of gestures Prime Minister Stephen Harper's government has taken to entrench the monarchy as one of the country's most important heritage symbols.

In late June, Baird ordered two historic paintings by Quebec master Alfred Pellan replaced with a portrait of the Queen in the reception area of his department. The new "Sovereign's Wall" was designated in time for the royal visit of the Duke and Duchess of Cambridge.

The decisions have sparked a debate, particularly in Quebec, about whether such enforced tributes to the monarchy are appropriate or a smack of colonialism.