Tips to protect your data amid furor over TikTok 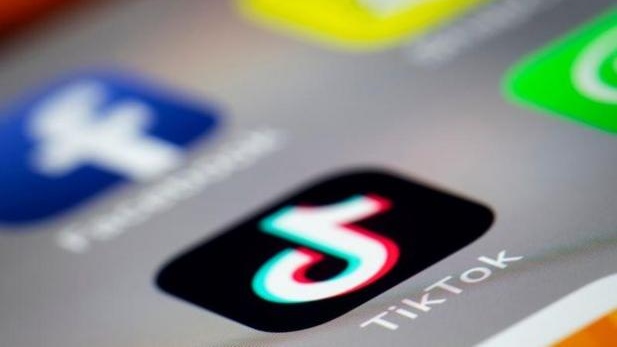 A photo taken on Dec 14, 2018 in Paris shows the logo of the application TikTok. AFP

OTTAWA -- A widely popular app, with more than two billion downloads, is coming under increased scrutiny about its security practices and permissions, prompting at least one tech expert to tell users to delete it immediately.

However, security experts and some U.S. politicians have issued warnings about the app's origins and about what it does in the background when it is and is not being used, prompting some companies to tell their employees to remove it from their phones.

Carmi Levy, the director of content marketing at the London, Ont.-based Info-Tech Research Group tells Newstalk 580 CFRA's "The Goods with Dahlia Kurtz" that TikTok collects far more data than it needs and he's advising smartphone users to delete it.

"This app is bad news," Levy says. "We're just not paying attention. Everyone is so focused on sharing cute little videos of their dogs dancing to fun music that they don't realize that, in the background, this app is probably one of the worst of the worst that we've ever seen in the era of smartphones."

Levy says the popularity of TikTok with young people is part of the reason he's warning people about the risks.

"It is a relatively young demographic that doesn't see smartphone apps as a risk," he says.

Levy points to the permissions TikTok asks the user to approve before they can use it.

"The app is deliberately built to access everything on your phone. When you install it, it pops up a little message saying, 'Do you give us the right to access your contacts, your schedule, your camera, your mic, your location services?' Everything. Of course, you say 'yes' because you want to use it."

Levy also warned that a Chinese company called ByteDance makes the app, which leaves them open to influence by China's communist government.

TikTok has said it stores user data on U.S.-based servers that aren't subject to Chinese law. It has also denied sharing user data with the Chinese government and has insisted it would not do so, if asked.

Nevertheless, Levy still warns that the data the app collects is far broarder than it needs to be.

Earlier this week, Amazon told its staff to delete the app in a companywide email, before backtracking about five hours later, saying the directive was a mistake.

Below are some of Levy's tips for keeping your data safe.

'Is it reasonable?' Check your permissions

Levy says apps of all kinds ask for permission to use certain things, like your microphone, camera, or location. Just because an app wants to access those things does not make it dangerous, but he says to consider whether the request is reasonable.

"Ask yourself, when you're installing an app, what are the reasonable things this app should be asking for in order to do its job?" He says. "It makes sense for Google Maps to ask for access to location services. Similarly, if it's a scheduling or collaboration app, it should probably have access to our calendar and contacts. There should also be controls within the app to allow us to turn those accesses off if we wish but still use the app.

"The problem with TikTok is it asks for everything, even if the services aren't related to what the app is trying to do."

Get rid of apps you're not using

Levy suggests reviewing your apps regularly, and being more cynical about downloading new ones.

"We need to start looking at what we download and what we use it for, and we need to be a lot more careful about what we say yes to and what we hold on to over time," Levy says.

Levy says apps that are not on your smartphone's front screen are used less often.

Be choosy about new apps

"Look at each app not just as something cool that all your friends are using," Levy says. "Only download the things you're going to use. Worry that these apps are, in fact, spyware. Assume an app is spyware until it proves otherwise. When you're on the app store, read the page. See where it comes from, see how many times it's been downloaded, look at what other people are saying about it, look online and read the reviews."

He also warns that some apps will install more than one icon, and you may not know you're installing multiple apps if you just rush to download something.

"Go into your settings. It will actually tell you which apps are accessing which services. Go through them one at a time and ask yourself, 'am I really comfortable with that?' Turn off the accesses that are not comfortable for you," Levy says.

"Apps are always doing stuff in the background that we may or may not know about, so we've got to keep them honest and do regular maintenance."

Levy suggests setting an alarm in your calendar once a month to remind yourself to review your apps.

"When it pops up, take an hour or half an hour, and just go through your devices for things that look funny because, chances are, if they look funny to you, they are problematic and you're going to want to shut them down now."

With files from CNN and The Associated Press