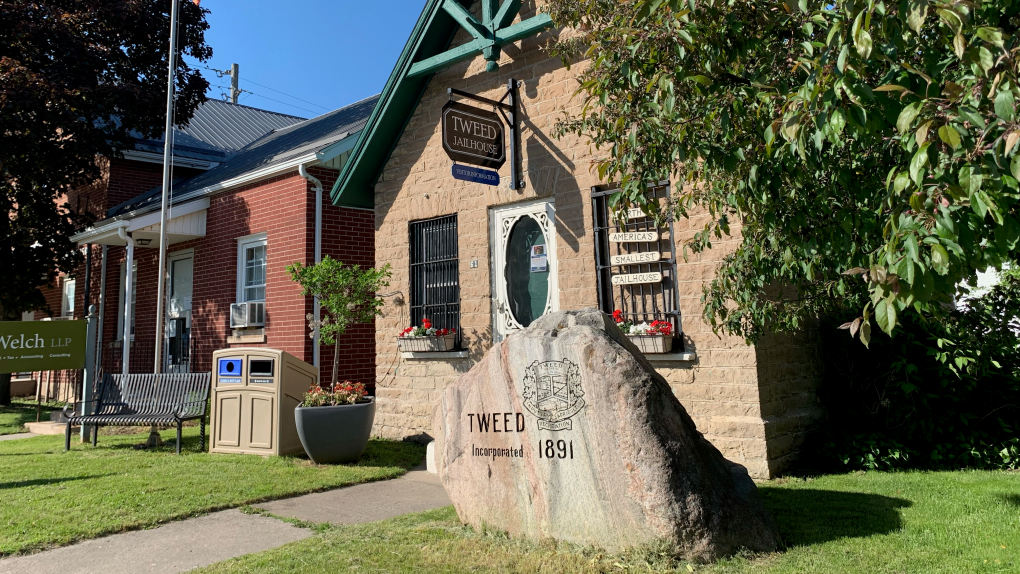 The jailhouse in Tweed, Ont. and once famously claimed it was the Small Jailhouse in North America. (Kimberley Johnson/CTV News Ottawa)

A tiny jailhouse in the eastern Ontario town of Tweed that was once home to the area's most hardened criminals is now a hot spot for tourists.

Built in 1898, three cells at the jail used to hold criminals, and the town once famously claimed it was the Smallest Jailhouse in North America.

The small town jail, sitting just north of Napanee, was once the scene of a great escape.

"There was a man who had been picked up by the police chief and housed here," said Evan Morton, local historian with Tweed and Area Heritage. "It wasn’t long after the police chief saw him on the street again. He’d hacked his way out of the door."

The three tiny cells eventually merged into one, making space for a desk in the office. It was later used as a community station for the Ontario Provincial Police.

Now, it is a tourist attraction in Tweed.

"There isn’t a day on a weekend that you can’t go by and see people out here getting their pictures.”

There is something criminal going on with the jail these days, as it is not the smallest jail in North America. It's been beaten out by about a foot by a jail in Rodney, Ont.

"They did the measurements and so on and Tweed happens to be the largest of the small jails," Morton said.

The jail is open on weekends to visitors.