A three-week-old kitten named Ashley is fighting for its life after being covered with tar. 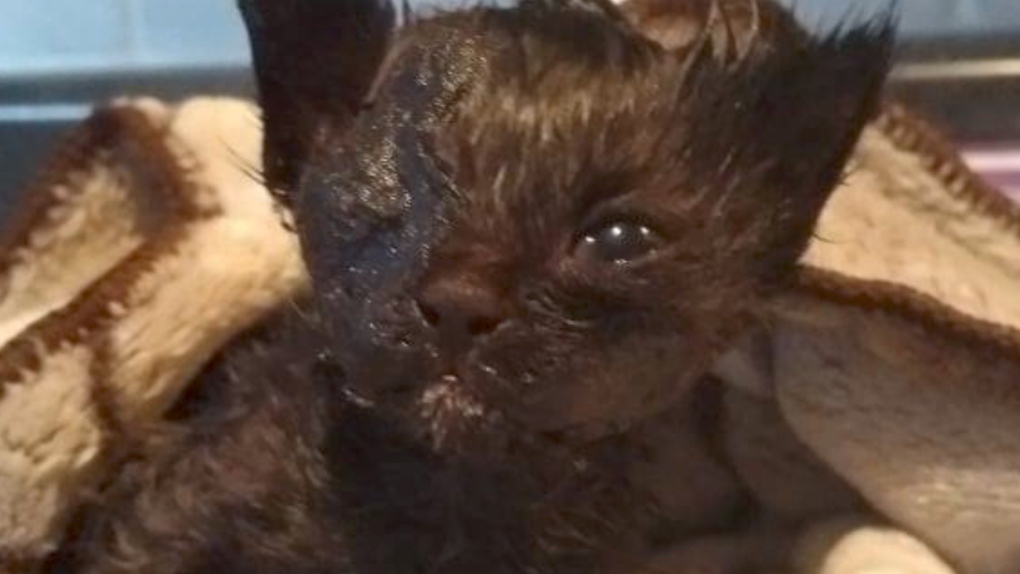 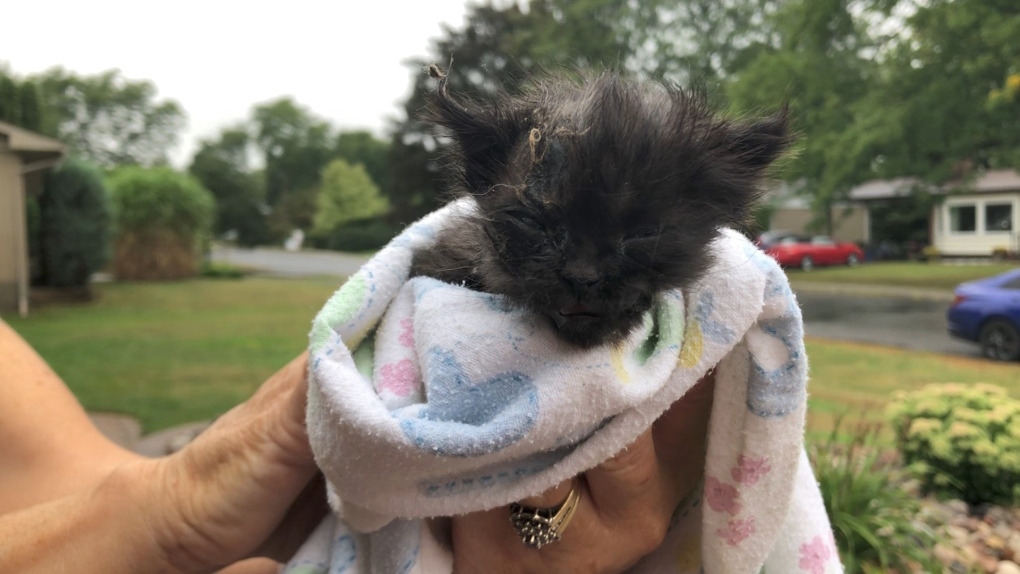 Ashley the cat spent 24 hours in the ICU after being found covered in tar in Gatineau. (Dave Charbonneau/CTV News Ottawa)