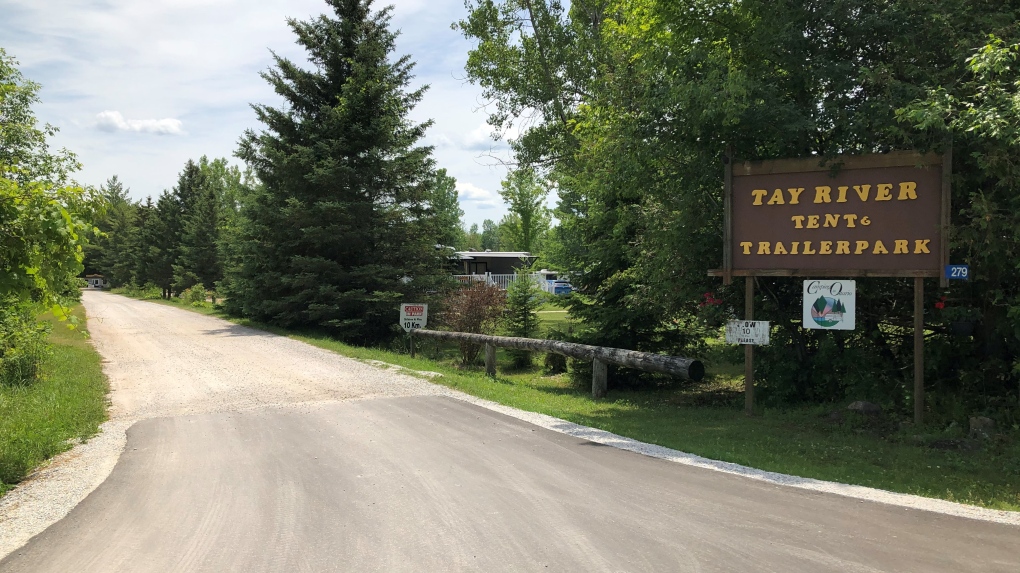 Two other people were transported to hospital for treatment after the incident Saturday night.

The incident was reported as "the explosion of a buried propane cylinder at a campfire," police said.

"Each site has a cemented or bricked fire pit in front of the property, so that was at one of the locations where it happened," Labinowich said Sunday afternoon.

Lanark County paramedics and an Ornge air ambulance were also called to the scene. The three victims all had serious burns.

Lobinowich says the boy suffered burns over a major part of his body, and remained in hospital Sunday afternoon. The two adults were treated and released.

The OPP is reminding people to be careful when setting up a campfire this summer.

"We just really want to make sure people, if they’re having fires, to be cognizant of what is being put in before you light the fire," said Labinowich.

"Clean out the ashes; make sure nobody’s thrown anything in there. Or when you’re doing it that nothing combustible goes in, because things like this happen."

OPP say the Office of the Fire Marshal was contacted and the investigation into the cause of the explosion is ongoing.