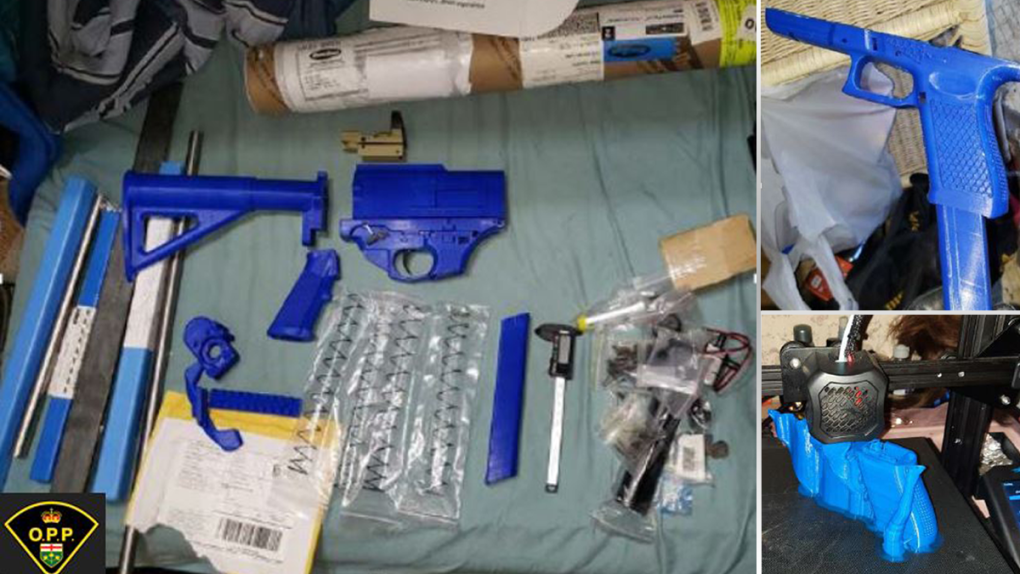 OTTAWA -- Ontario Provincial Police executing a search warrant at a home southwest of Calabogie found a 3D printer that was in the process of replicating a handgun.

A 21-year-old Ottawa man is one of three people facing charges following the raid at the home on Victory Lane in North Frontenac Township on Wednesday.

The OPP says early this year, the Canadian Border Services Agency launched an investigation into the importation of prohibited weapons into Canada as several deliveries of firearm parts were linked to the address.

Nolan Pichette, 21 of Ottawa is charged with trafficking a firearm, failure to comply with release order, unauthorized possession of a prohibited or restricted firearm, and careless storage of a firearm.

Anna Pichette, 61, of Admaston-Bromley Township is charged with trafficking a firearm, unauthorized possession of a prohibited or restricted firearm and careless storage of a firearm.

Cory Benoit, 40, of Greater Madawaska Township is charged with two counts of failure to comply with a release order.