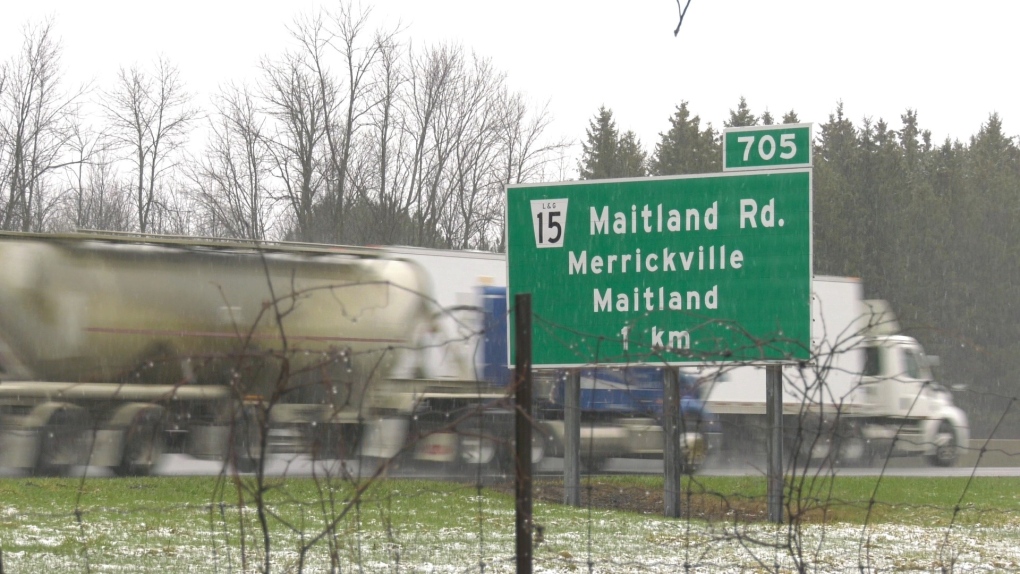 PRESCOTT, ONT. -- Three people are dead and two others are injured after a crash on Highway 401 near Prescott, Ont.

OPP say crews responded around 7:30 p.m. Monday to a crash between a tractor-trailer and a passenger vehicle, eastbound on Highway 401, just east of Maitland, in Augusta Township.

The identities of the victims have not yet been announced.

Police closed down the eastbound lanes of the 401 between the exits for Maitland and Prescott Monday night. They reopened around 4 a.m. Tuesday.

Const. Dave Holmes with Grenville County OPP said what caused the crash is still under investigation, and he's hoping witnesses will come forward.

"The OPP is still appealing for any other witnesses who may have any dash camera footage or may have just witnessed the collision themselves," he said. "We did notice that there were a lot of vehicles that had Quebec licence plates headed eastbound on the 401. We do believe that perhaps there are witnesses in the Quebec area that may help us with this investigation.

Holmes said investigations of this nature take time and, right now, there are no charges.