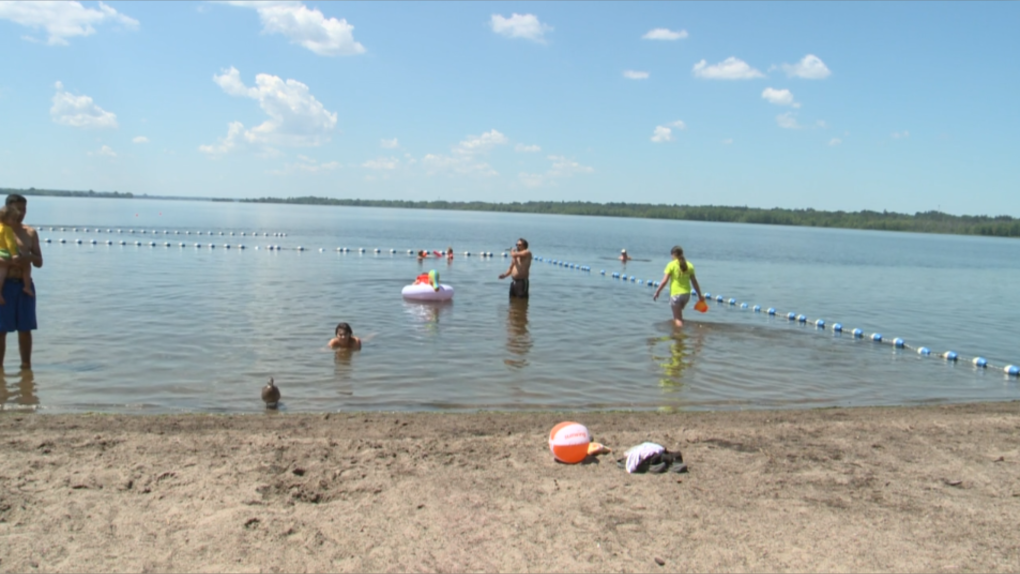 OTTAWA -- The City of Ottawa is opening three cooling centres for Ottawa residents to cool off during this heat wave.

Residents are asked to wear a cloth mask in the cooling centres and one will be provided if you don’t have a mask.

The city says the centres are set up to ensure residents can practice physical distancing.

Today is day four of a heat warning for Ottawa and eastern Ontario.

Environment Canada says, “hot and humid conditions continue today”, but a cold front will pass through this evening and through the overnight hours, “bringing in a slightly cooler and drier air mass for Tuesday."

No cooling centres on Sunday

The City of Ottawa did not open cooling centres on Sunday, which was the hottest July 26 in Ottawa in more than 100 years.

The temperature hit 35.5C at the Ottawa Airport on Sunday as Ottawa sweated under a heat warning for a third straight day. With the humidex it felt like 41 degrees.

In a statement to CTV News Ottawa, City of Ottawa Emergency Operations Centre Commander Paola Parenti said the city has not opened cooling centres over the weekend and continued to monitor the situation.

"The City has been in touch with its partners, including Ottawa Community Housing, who have a number of air-conditioned spaces available for their residents to provide heat relief."

"The criteria that is considered when determining the potential for the opening of emergency cooling centres is two or more consecutive days above 30C in the daytime and above 20C in the nighttime, combined with a significant power failure or an identified vulnerable population at risk."

Ottawa has opened cooling centres on three occasions in May, June and early July due to the hot weather.