'Thousands' of tonnes of debris collected after May 21 storm

'Thousands' of tonnes of debris collected after May 21 storm 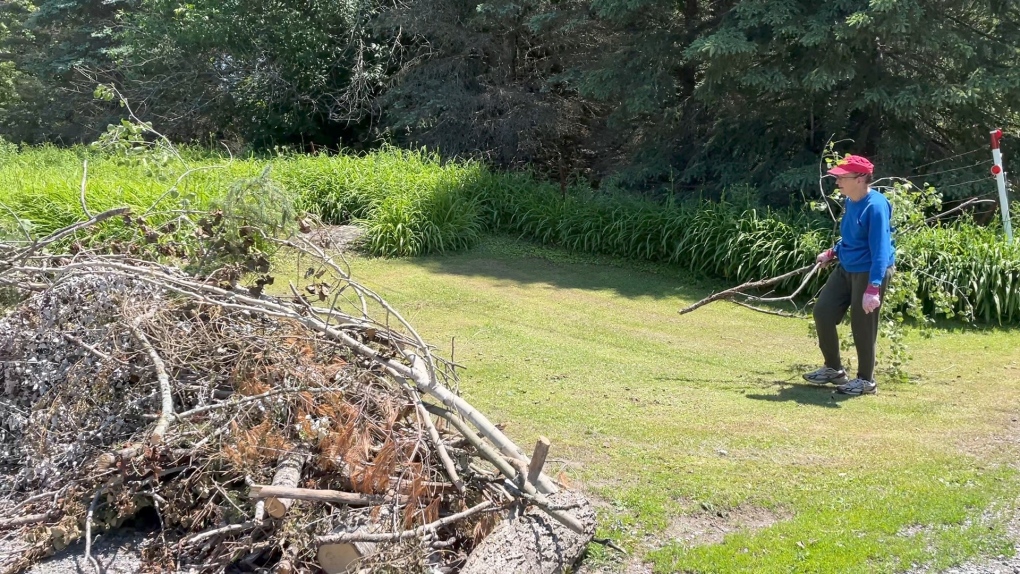 The City of Ottawa is shifting its response to the May 21 derecho storm after collecting “thousands of tonnes” of debris from around the city.

The storm that blew through Ottawa on the Victoria Day long weekend did tremendous damage to the city’s electrical grid and tree canopy. In a memo Monday, Public Works general manager Alain Gonthier said city workers have collected “an enormous amount” of debris in the aftermath.

“Thousands of tonnes of tree debris were hauled to six City yards while staff determine beneficial re-use for this organic material. In addition, over 400 tonnes of organic debris was brought to Trail Road for processing,” Gonthier wrote.

The city has struck a working group to determine how best to use the tree debris, including best ways to repurpose wood chips and larger wood pieces.

Citizens had until Friday to get their debris to the curb for special cleanup outside the normal collection process. Gonthier says final passes are ongoing.

Gonthier said public works has identified 350 uprooted tree stumps that need to be removed, not including those in parks.

“Stump removal, particularly at this scale, is a complex task. A stump removal working group has been developed to determine tactics for the safe removal of these stumps, and how to promptly fill the holes left behind,” Gonthier said.

Stumps located on the side of the road will be prioritized before crews work on removing stumps in parks.

Gonthier said that 40 per cent of the 1,300 parks the city owns were affected by the storm. Cleanup work is ongoing and what remains requires specialized equipment. However, Gonthier notes that 98 per cent of parkland in the city is accessible and safe to use.

City staff are conducting a tree canopy loss assessment to determine how many trees were lost to the storm, but Gonthier described the loss as “significant.”

The assessment will determine the scale of replanting efforts, which are expected to begin this fall.

Residents who would like a City tree planted in the city-owned portion of their property can submit a request online through the city’s trees in trust program. Gonthier said the city has also extended the deadline for the schoolyard tree planting grant program to October.

Replanting in parks is set to begin in 2023.