'They would do anything to be together': clairvoyant tells court of accused in Gill murder trial 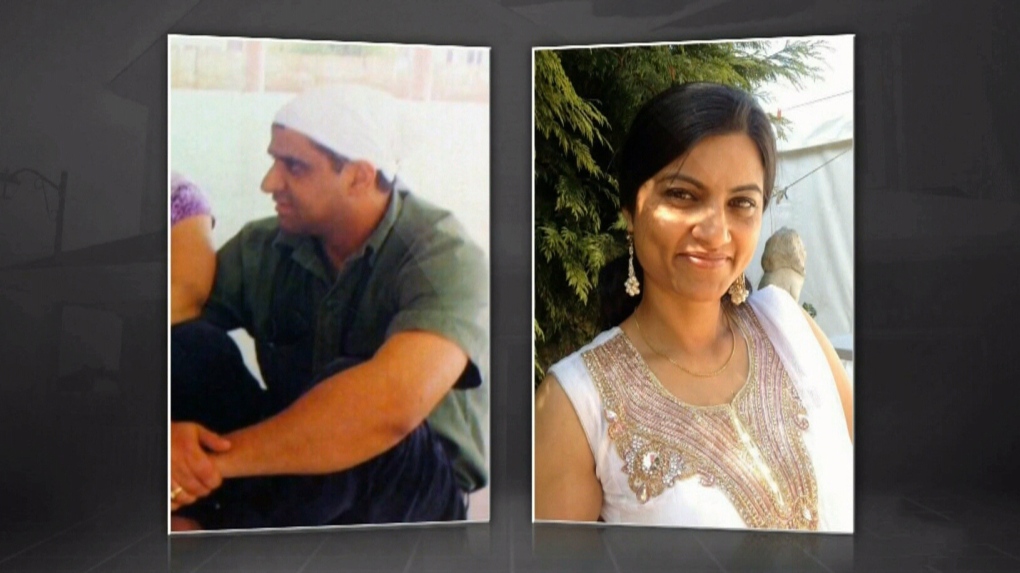 Bhupinderpal Gill (left) and Gurpreet Ronald (right) are facing charges of first-degree murder in the 2014 death of Gill's wife, Jagtar.

OTTAWA -- Less than two years before Jagtar Gill was stabbed and bludgeoned to death inside her Barrhaven home, a life coach and clairvoyant hired by those accused in her death testified that they told her “they would do anything to be together.”

The woman, who was previously identified as Susanne Shields, said leading up to the three-hour session with Gurpreet Ronald and Bhupinderpal Gill in April 2012, Ronald had already confided in her that she was having an affair.

It was “evident she was very much enjoying her time with him,” the woman said of Ronald, adding she was told the pair, both OC Transpo bus drivers, would book their shifts together.

Ronald and Gill are charged with first-degree murder in the death of Gill’s wife Jagtar. They have pleaded not guilty.

On the stand, the clairvoyant recounted the session she had with Ronald and Gill, who wanted to know if they would be together. She said she had known for some time that Ronald was unhappy in her marriage.

“Gill talked about how he wasn’t happy either in his relationship to his wife Jagtar,” she said. “He would say that she’s a Nazi woman, she’s a Hitler.”

She said Ronald also talked about “how she hated her (Jagtar), she found her controlling.”

The woman recounted a time after their session when she got a picnicked call from Ronald.

“She had said at the start of her morning shift, her and Gill were driving into work in the same car, and this was around 5:30 in the morning and they were stopped at a red light and Jagtar’s car had pulled beside them. Gill was driving and Gurpreet was in the passenger seat and so Gurpreet rolled down the window and Jagtar rolled down the window and started yelling ‘are you guys having an affair’ and it was a verbal altercation,” the woman said.

“It shook Gurpreet up, she had called me, she was very upset, she’s like ‘what do I do about this? What do I do?’”