'There's no reason I can't': Petawawa sprinter prepares for Paralympic Games in Tokyo

The 19-year-old from Petawawa is visually impaired and will be competing in the T13 100 metres and 4x100-metres relay events.

"To tell you the truth, it didn’t really sink in for a few days," Ingram says, describing the feeling of finding out he would be heading to the games. "I remember first getting told, and not in a negative way at all, there was almost a feeling of numbness."

"We knew Austin was definitely in the top of his class and that he had a good chance of making the team," says Ingram’s coach Julie Crouzat. Crouzat has been training Ingram for the past five years and recalls watching him break onto the track and field scene.

"This kid is not just fast for a blind kid, he is fast for kids his age."

Currently in his classification, Ingram is ranked in the top ten in the world for the 100-metre event, and holds the Canadian records for the 100- and 200-metre events, at 10.99 seconds and 22.64 seconds, respectively.

"I would be lying if I said my goal wasn’t a medal," Ingram says of his expectations for his first Paralympic experience. "But really, get into the finals, see how it goes. Once you have the eight fastest guys in the world in that class all on the same track, anything can really happen depending on the given day." 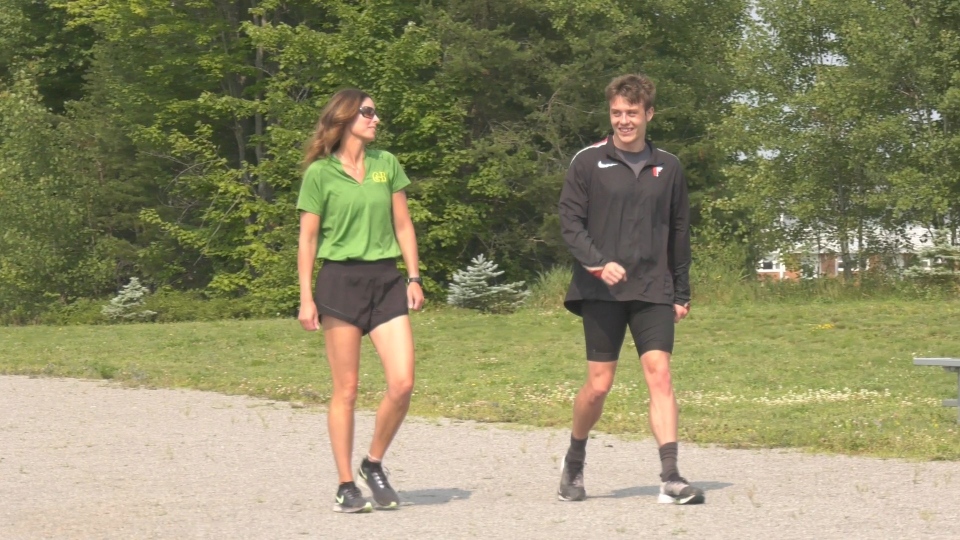 "We knew he was pretty quick, but not this fast," Rick Schroeder, the head coach at Coureurs de Bois told CTV News Ottawa. "Sub-11 seconds is incredibly fast."

"To come out of the small town of Petawawa makes everybody in Petawawa proud," says Petawawa Deputy Mayor Gary Serviss. "And it makes kids from Petawawa and this local area realize that you don’t have to live in a big city like Toronto or Vancouver or Ottawa to make it onto the world stage in athletics."

Ingram says he received a boost of inspiration this week, watching his idol Andre De Grasse claim gold in the 200-metre event for Canada, adding his body composition and running style is similar to that of De Grasse.

"I remember thinking, that’s me," says Ingram recalling watching De Grasse race. "I’m not super tall; I don’t lean towards a Justin Gatlin type, built like a football player. I remember seeing De Grasse then and thinking if he can do it there’s no reason I can’t."