Theodore Too proved a popular draw for those in Prescott, Ont. on Friday.

It’s the latest stop for the boat that’s passed off the classic 90’s children’s TV show, as it moves from its spot in the Halifax Harbour to its new home of Hamilton.

It’s made stops in places like Quebec City and Montreal, and has drawn many spectators along the way, says the ship’s captain Gary Byers.

“The reception along here has just been phenomenal. Thousands of people have come to see him. Even in the rain yesterday in Cornwall,” he laughs.

Although 8-year-old Marcel Helmond has never seen the show, which originally ran until 2001, he says when he drove up, it was an exciting sight.

“I’ve never seen a boat with a smiley face on it!” he told CTV News Ottawa.

Thirteen-year-old Sally Tsetenjak says she read the books with her brother as a child.

“It kind of reminds me of Thomas the Train,” she said of the boats big eyes. “But sort of a boat version of it.” 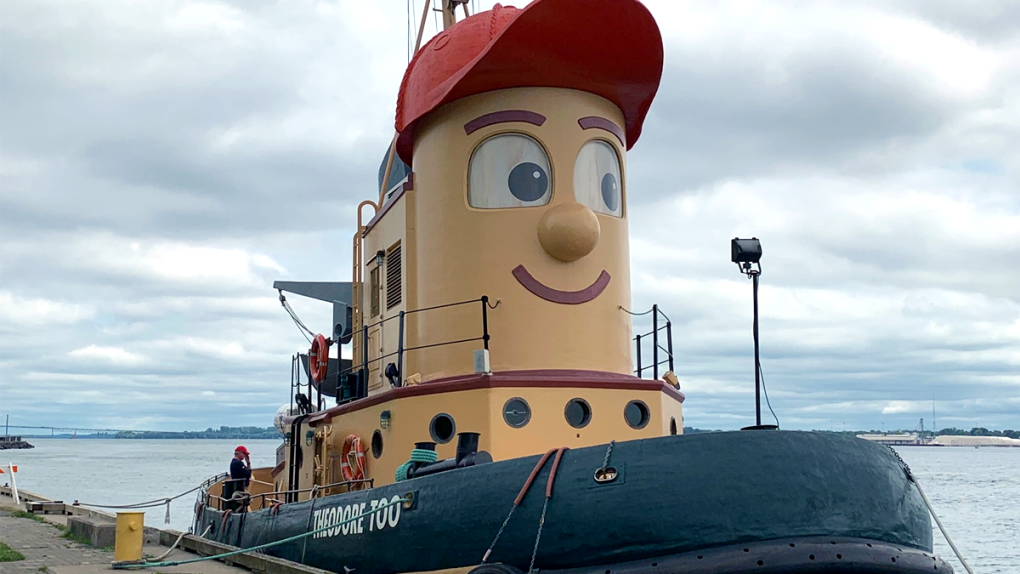 Theodore Tugboat docked at Prescott, Ont. (Kimberley Johnson/CTV News Ottawa)The ship has been docked in the Halifax Harbour for more than 20 years, but after recently being sold, it’s now making its way along the St. Lawrence River where it will be used to promote conservation in the Great Lakes.

Many parents were fans of the show themselves, and say they’re hoping to pass that along to a new generation.

Delta, Ont. resident Kayleigh Daye has childhood memories of visiting Theodore Too in Halifax, she says it’s important to pass along moments like this.

“I thought bringing my two to see him would be something of my past,” she says. “For them it would probably be a once in a lifetime experience.”

Weather permitting it will move on to Brockville on Saturday and spend two days in Kingston starting on Monday, before docking in Hamilton on July 18th.