BROCKVILLE, ONT. -- Blockhouse Island has an extra holiday attraction on display this season, and it's all thanks to one homeowner who wanted to give his spruce tree a fond farewell.

"The tree was just too large," said Fred Donaldson, who lives in the north end of Brockville with his daughter, Laurie. "Broke my heart to make the decision, but it had to go."

The 85-year-old Donaldson says the large spruce tree had outgrown his tiny front lawn, growing over the sidewalk and obstructing his view when he would back out of his driveway. 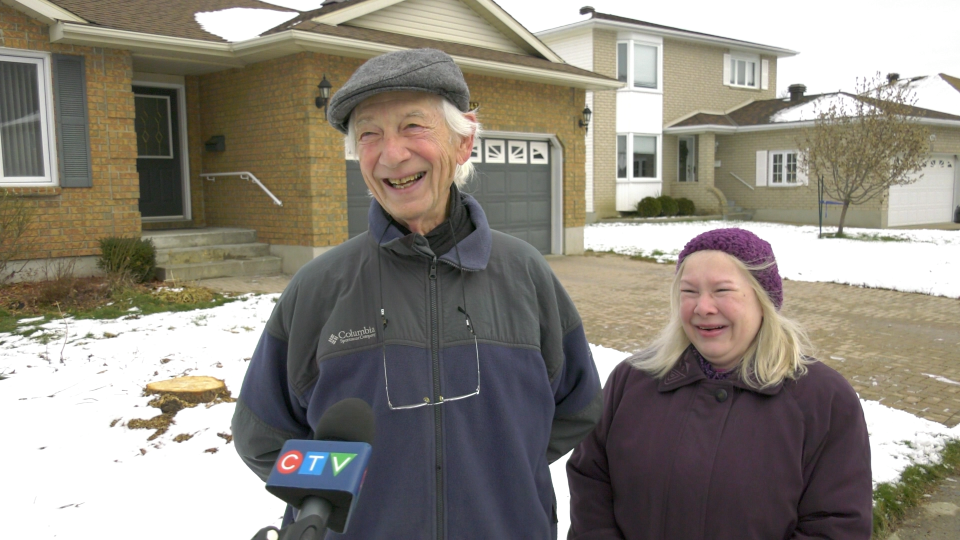 "Then, there was a root that tripped me when I was mowing the lawn," Donaldson added. "Not a good thing, going towards the wall of the house!"

He didn't want to see the tree go to waste, so he put a call into the city of Brockville in 2020.

"We wondered if they would be interested in using it at Christmastime downtown and let others have some enjoyment from it being lit and everything at Christmas," Donaldson said.

While the city turned down his offer last year, they called him back this fall, saying they were interested.

"It took us by surprise, and it was a nice surprise," Donaldson said.

On Nov. 23, the 40-foot tall tree was cut down, placed on a trailer and brought to Blockhouse Island.

"We did have to get a police escort to bring it down," said Chad Davis, cemetery and parks supervisor for the city of Brockville. "It was still, you know, definitely over10 feet wide, almost 20 feet wide, so we had too carefully get it down here." 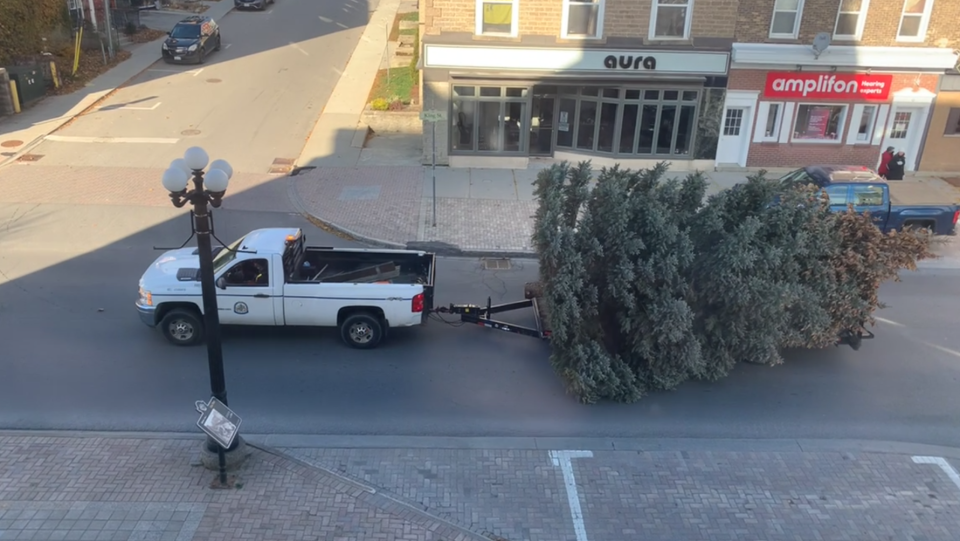 "It had overgrown his front yard and that's why he was looking to see what he could do with it," Davis added. "He's got a fairly tight front yard and the tree had gotten to be almost 40 feet tall and 24 feet across the bottom so it was getting pretty big."

The tree was placed at the south end of the Brockville train tunnel, with Davis referring to it at the "south tunnel plaza".

"We can showcase this area a little bit and this is where city staff wanted to put it this year and I think it's going to be a good spot moving forward," he said.

Stephanie Dunbar, who originally took Fred's call at city hall, said it was a different type of call for a change.

"We take some complaints here and there, so it was nice to have this call from him," she said with a chuckle.

"He wanted to give it a fond farewell and we thought it would be a perfect spot for it to be showcased in our Holiday River of Lights," Dunbar said.

The tree was lit up for the first time on Nov. 26, and it will remain lit for the next five weeks.

While the city has received calls for tree donations before, they say they are not prepared to take every tree offered.

"We don't want lists and lists of people that want to donate trees, but they do trickle in and we can look at it and determine whether it's a good idea or not based on the shape of the tree or whatever," said Davis.

"It's a cool connection and we didn't have to go somewhere to a tree farm and purchase a great big tree. A little bit of labour to bring it down here and to set it up and put the lights on it, but other than that it's just a nice thing."

At his home, Donaldson was even able to count the rings on the remaining stump, to determine the tree's age.

"It's a little difficult in the centre but there are 25 rings shown," he said. "At least 25 years and I imagine it was likely two or three years old when it was planted." 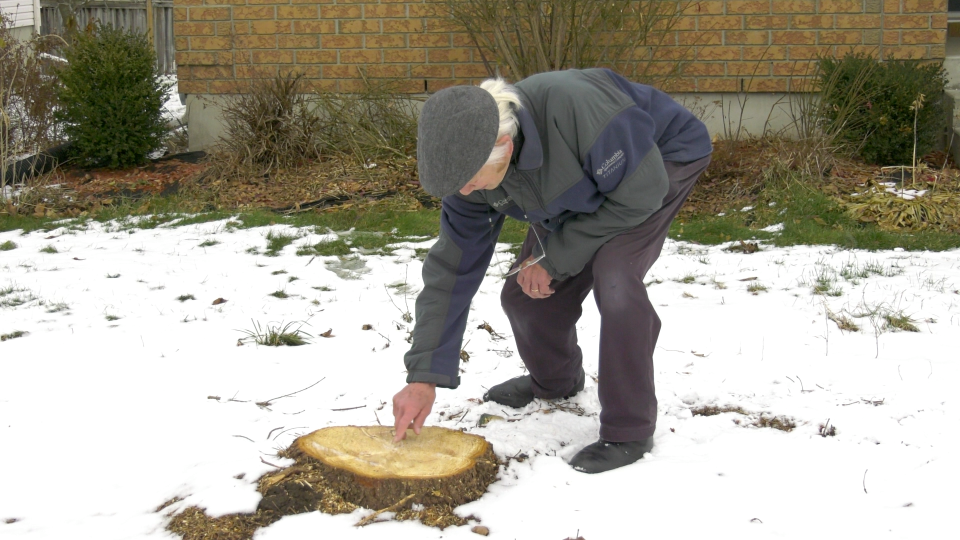 The one thing both he and his daughter will miss will be watching the birds in the tree throughout the year.

"(I have) mixed feelings, same as father," said Laurie. "There was a pair of cardinals that used to come every year and nest in that tree and we'd see them as well as the morning doves. (We'll) miss the birds."

Both are happy the tree can be showcased and given a proper send-off during the holiday season.

"It makes us feel, yes, we did the right thing," said Donaldson. "It needed to go and now others can enjoy it."