The Saviours of Micheline Legault: A precious gift of life, 17 years ago

OTTAWA -- For Micheline Legault, winter is not the time to hibernate.

The gently falling snow on her Chelsea, Que. property is an invitation to strap on her snowshoes and step into the outdoors.

In winter, Legault is an avid snowshoer, hiker, and cross-country skier.  In warmer seasons, she plays golf and tennis. She loves to cycle and kayak.

But the life Micheline now savours, almost ended 17 years ago.

That’s the day Micheline left her Chelsea home to go for a morning skate on the Rideau Canal Skateway, unaware a stranger, and a call from her loving husband, would help to keep her alive.

The couple remembers the turn of events quite vividly. It began with a casual phone call. Francois was at work. He took a short break to check in with his wife.

"Francois called me and said 'oh, it’s a nice day today. You’re lucky to be on the canal,'" said Micheline.

"And that’s when she started to have trouble breathing," Francois recalls.

"He said 'give your phone to somebody on the canal.' And I said 'no, I don’t want to go to the hospital,'" said Micheline.

"And I insisted three, or four, or five times, and I was shouting in the office give your phone." he said.

“So, I said to this fellow, 'Sir' and handed him my phone. And that’s it for me. That’s all I remember," said Micheline. 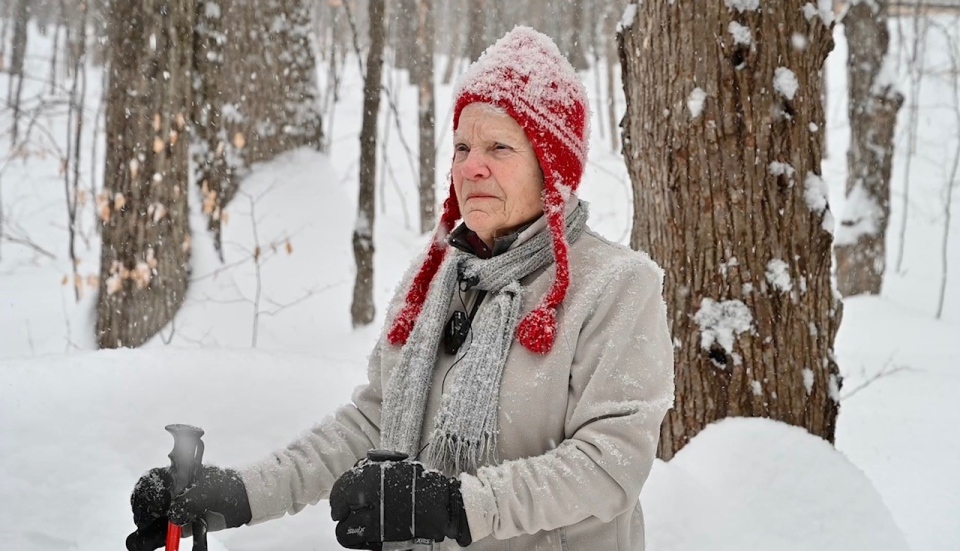 Francois says that’s when he spoke to the stranger now holding Micheline’s phone and asked him to help his wife.

"I said 'I’m the husband. I know where you are. Please take care of my wife. I’ll be there as soon as I can.'"

The man attending to Micheline helped her climb the stairs from the canal and took her to, what was then, a bustling pub on the corner of Hawthorne Avenue and Colonel By Drive.

Francois, meanwhile, took a cab from his Bank Street office and arrived at the location in minutes. He could see the flashing lights of emergency vehicles and paramedics working desperately to save his wife’s life.  She was having a heart attack.

"The paramedics had cut off her clothes and were giving her the paddles.  They had to hold me back because I wanted to go to her," he said, his voice breaking.

"17 years later, it’s still coming up," he said, choking backing tears, referring to the trauma of that day.

The active and fit, then 60-year old, was assessed at the General Campus of the Ottawa Hospital; a doctor ordering her urgent transfer.

"She said 'call the Institute,'" Francois said, fighting back tears.

One of Micheline’s arteries was 100 per cent blocked.  Doctors at the University of Ottawa Heart Institute inserted two life-saving stents, but unfortunately, Micheline slipped into a coma.

"On the third day, I noticed her little finger was moving, and that was the miracle, as far as I’m concerned," Francois said.

"We’ll always be grateful to the Institute," she said smiling.

"Had he not called, I don’t know what would have happened.  I might not be here," she said.

"I’m a believer," said Francois. "We were helped.  Thank you," he said, gesturing with his eyes to the sky. 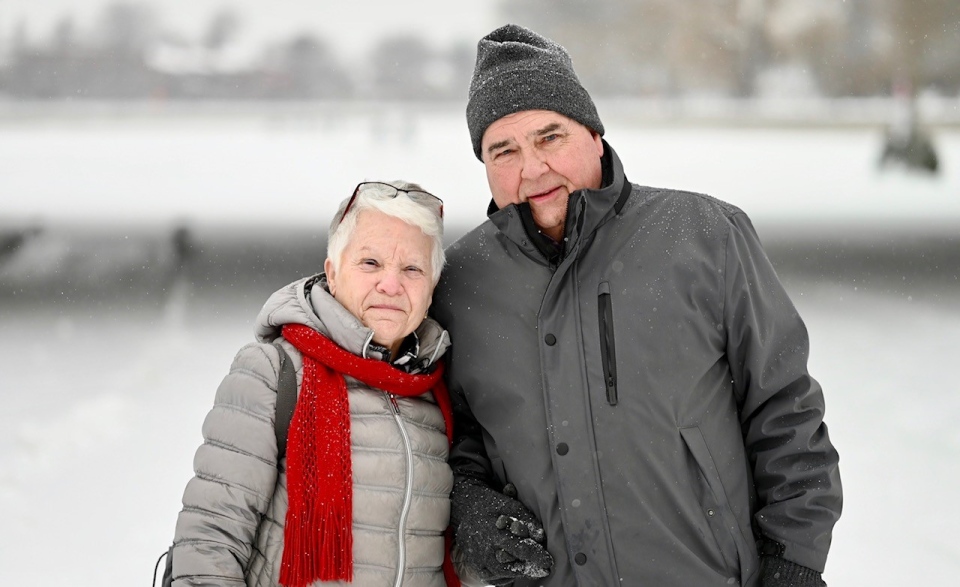 The couple never did get the name of the man who helped Micheline on the canal that day.  Francois believes he left the scene when the first responders arrived.

After all these years, they’re still hoping to find him to extend their gratitude.

"I would say thank you very much.  He could have skated away. Instead, she was saved," said Francois, tears again filling his eyes.

And because the stranger didn’t skate away, Micheline and Francois have each other; to have and to hold during future dates together.  And as Micheline walks arm in arm with her husband in the February snow, she tells her him what she wants their next outing to be.

"Promise me you’ll come back with me and skate on the canal.  Promise me?" she urges.

"I promise," he said, gazing into her eyes.  "I will come. As long as the television camera doesn’t film me skating."

To support the University of Ottawa Heart Institute, you can donate at februaryisheartmonth.ca.