The Rescuer is Rescued: An Ottawa firefighter owes his life to the University of Ottawa Heart Institute

OTTAWA -- In a Greely neighbourhood, Derek Bowker is a keeper of the frozen pond where locals typically skate and play shinny.

As Bowker surveys the ice, on foot, he points out the poor condition of the surface.

"Man, the rink’s in bad shape.  This is going to take a lot of flooding to fix it up," Bowker says.

"I guess no one’s really using it right now, with COVID and stuff."

The ice, like this past year for Bowker, has been rough; the pandemic not the only reason.

"What happened to him is pretty severe because it completely changed his life," says Jennifer Eberts, Bowker’s wife of almost 13 years.

"It’s been almost a year and it’s still awful," says Bowker, planting his face into his hands, hopelessly trying to battle back tears.

"And then I was injured. I broke my neck, having been hit from behind, and it basically took my hockey career away from me,” he says.

Bowker did recover, and at 22, he found a new dream job.

"The last 23 years, my real passion, my calling, and something that is fulfilling, is being a firefighter for the city of Ottawa." 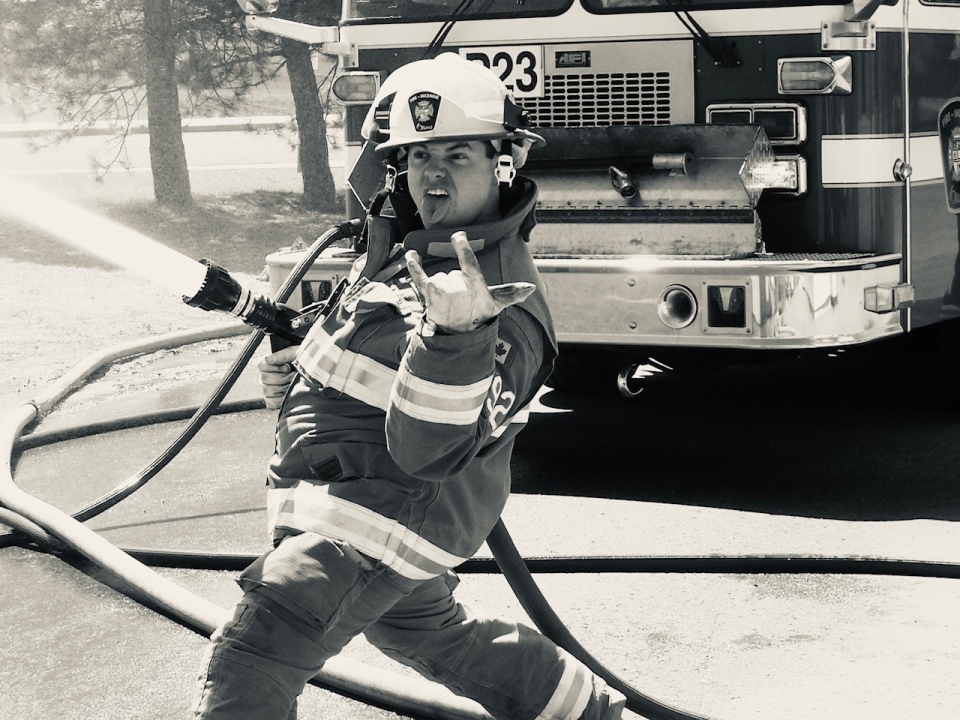 Last March, at Ottawa Fire Station 36 on Cyrville Road, the man devoted to saving lives would himself have to be rescued.

"We were actually watching CTV News, it was about ten to seven and I literally felt a pop in my chest. I felt something very strange happening to me," says the 45-year-old.

His colleagues sprang into action, paramedics were called, and Bowker, now sweating profusely, knew something was seriously wrong.

"By the time I was loaded on the stretcher, I could no longer feel or use my left leg. One of the medics said to me 'I think you’re having an aortic dissection.'  I was like, what?”

An aortic dissection is potentially fatal. The inner layer of the aorta—the large blood vessel branching from the heart, tears.

"The statistical percentages of people who survive what happened to me is basically none,” says Bowker.

Getting Bowker into surgery rapidly was key to his survival.  From the operating room of the University of Ottawa Heart Institute, with the outcome unknown, Bowker borrowed his surgeon’s cell phone to call home to talk to his wife, Jennifer, and their two boys.

"I was in excruciating pain from the situation and to have to say goodbye to my family, nobody should have to do that," Bowker says, his voice breaking.

"Obviously, it broke my heart to hear him have to say goodbye to the boys but I just knew there was no other place I wanted him to be. He was exactly where he needed to be to get better," said Eberts. 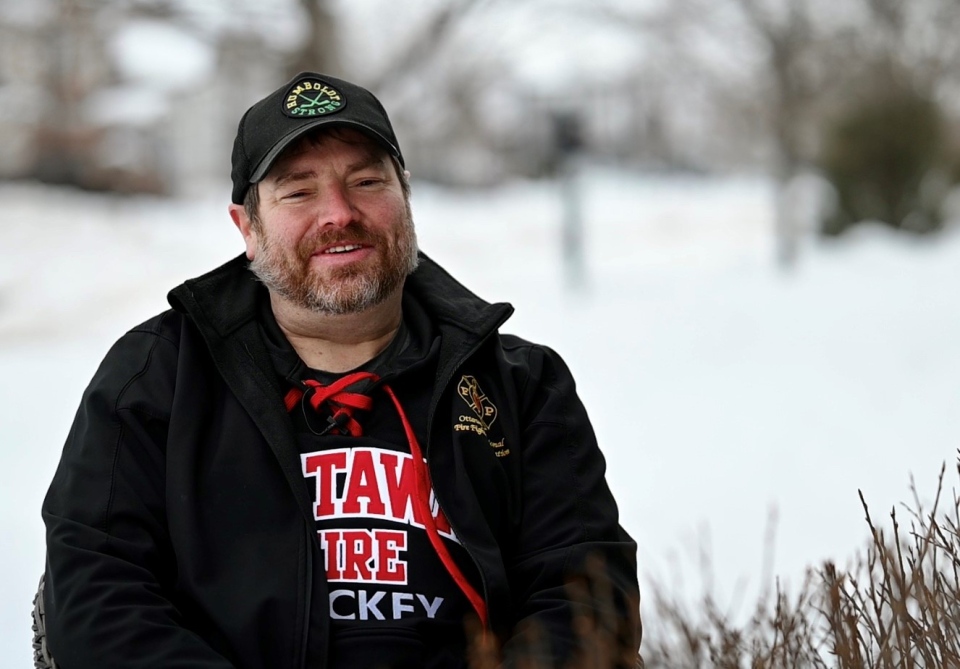 To save Bowker’s life, doctors believed they’d have to amputate his leg and replace his heart valve.

"I’ve been through lots of other stuff in my life. It’s just one more battle, one more thing I would have to overcome. I knew I’d get through it."

After nearly nine hours of surgery, he did.

"They saved my life so I could come home," says an emotional Bowker.

That gift included a repaired, not replaced, heart valve and unexpected news from the surgeon.

"He said 'Jenny, I can’t believe this, but we saved his leg,'" said Eberts.

"And five days later I walked out,” said Bowker. 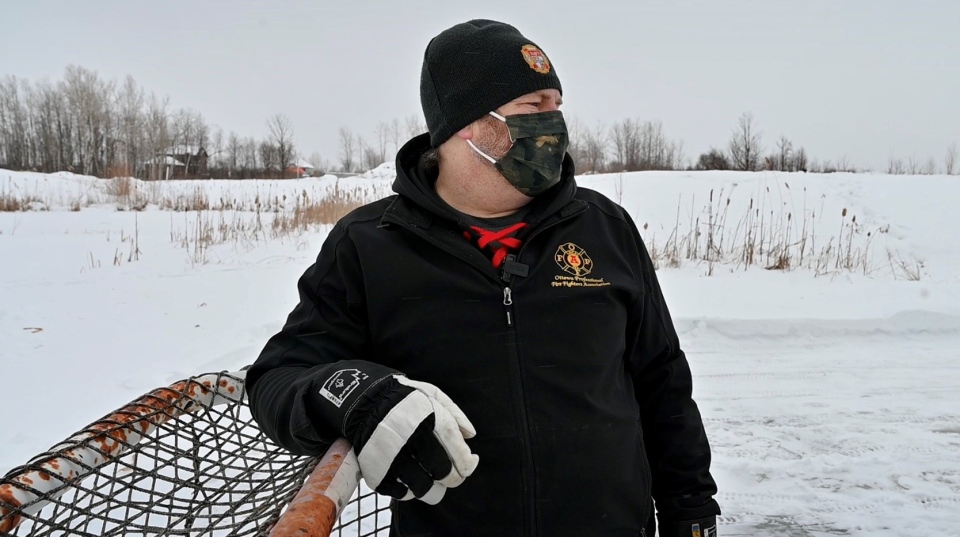 Bowker is on long-term disability, but thanks to “Hockey for Little Hearts”, a charity tournament he and Eberts started 12 years ago, firefighters from across North America will continue to raise funds for hospitals in Ottawa, including the University of Ottawa Heart Institute.  It is the couple’s way to say thanks for giving so much to a dad, husband, friend and colleague.

"I’ve lost a big part of who I am.  I don’t get to ride in a fire truck anymore.  I won’t get a chance to run into a burning building which I loved.  But I have both my legs, my wife is still here, I get to watch my two boys become young men," said Bowker.

"The fact that I have that gift, I’m still very lucky in my life.”