The Pontiac's only movie theatre reopens after nearly a decade

It was a popular gathering place in Fort Coulonge, Que. for close to 70 years.

“Dad decided to open the theatre after having presented movies in the town halls, not only in Fort Coulonge, but also in other little towns in the Pontiac,” Doyle said.

“It was very, very popular at the time.”

The Doyles eventually sold the theatre and about nine years ago, the Pontiac’s only movie house closed its doors.

As a young girl, Toller used to spend summers in Fort Coulonge.  She’s a descendant of the Bryson family who started white pine forestry in the Pontiac and the Lumberman’s Bank, which eventually became Scotiabank.

“I wondered if everyone had a very special family like mine and I knew the answer was ‘no’. So, as the saying goes, you have to know where you come from to know where you’re going,” said Toller.

Toller, a former mayoral candidate in Toronto and now the warden of the Pontiac, eventually moved back to the area and decided to stay.

“By 2016, I realized this should become my permanent home,” she said. 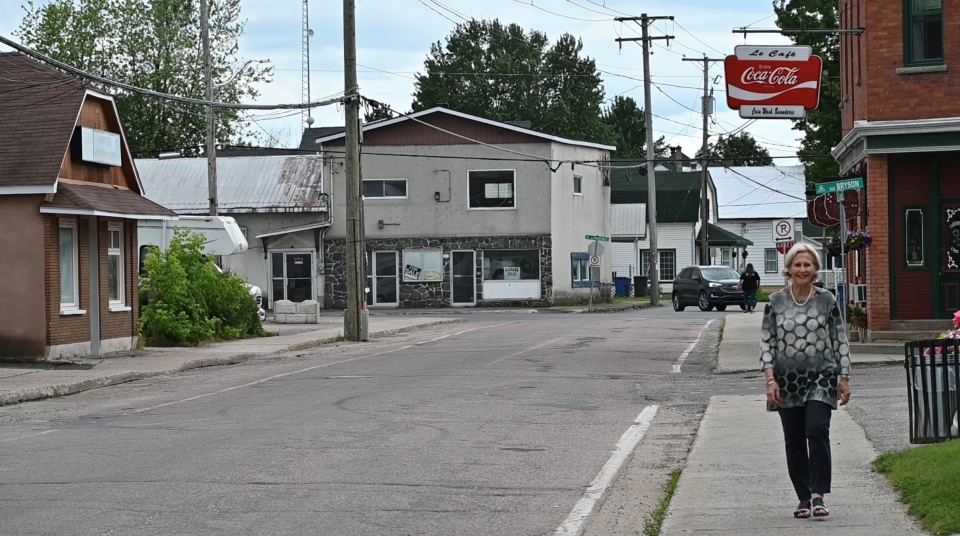 Toller purchased the family home, which also serves as the Spruceholme Inn. She opened a restaurant using beams from her great-great grandfather’s hay-barn and fashioned a 400 person convention centre for events. She also owns a local clothing store.

“All of these things are designed to move the Pontiac forward, create jobs and attract more people here,” she said.

That’s why Toller made the 135-seat movie theatre her next purchase.

“It’s a cultural centre and many people seem to be excited to see it reopened,” said Toller.

Toller did extensive renovations to the tired space. She built a stage that can also be used for live theatre. She purchased a state-of-the-art digital projector and sound system.

And Toller is ensuring her Fort Coulonge movie buffs will always have access to Hollywood’s latest releases.

“I’m very proud of the fact that this a first-run theatre, so when a new film breaks in Vancouver Montreal and Toronto, it will also be breaking in Fort Coulonge,” she said with a smile.

The theatre, and Jane’s efforts to breathe new life in to this community, are getting rave reviews. 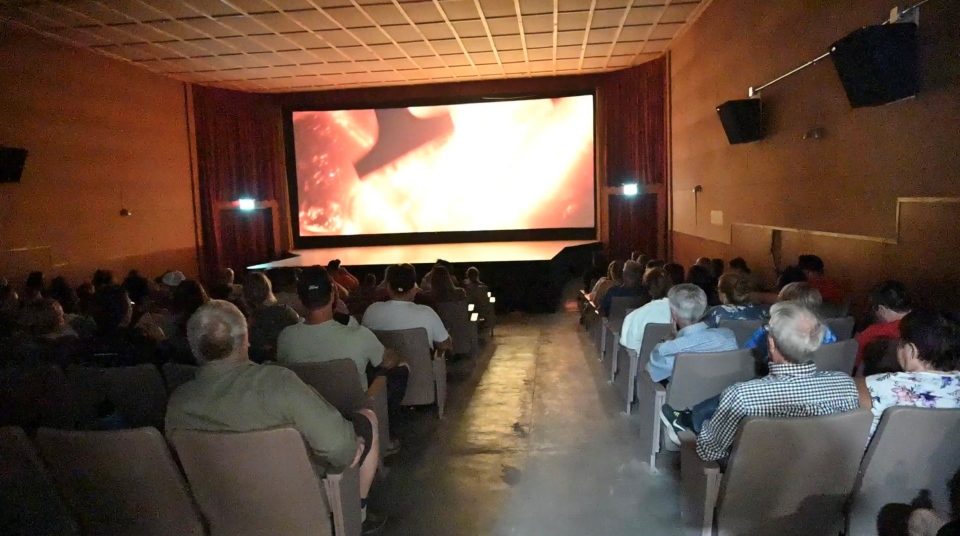 “It’s so good for the town,” said Gervais.

“I think it’s pretty important for the youth here to experience what we did when we were younger,” he said.

“I moved away for 40 years and retired here,” said Harvey Levesque. “My wife is a movie buff, so this is perfect for us,” he said with a laugh.

Cinema Lyn is open from Friday to Monday, and will operate from May until the end of October. It may open to feature Christmas movies in December.

Like the films on the silver screen, the story unfolding in this community is exciting to watch.

“When the lights come on it’s a sign of life,” said Toller. “It tells people there’s something going on in Fort Coulonge.”