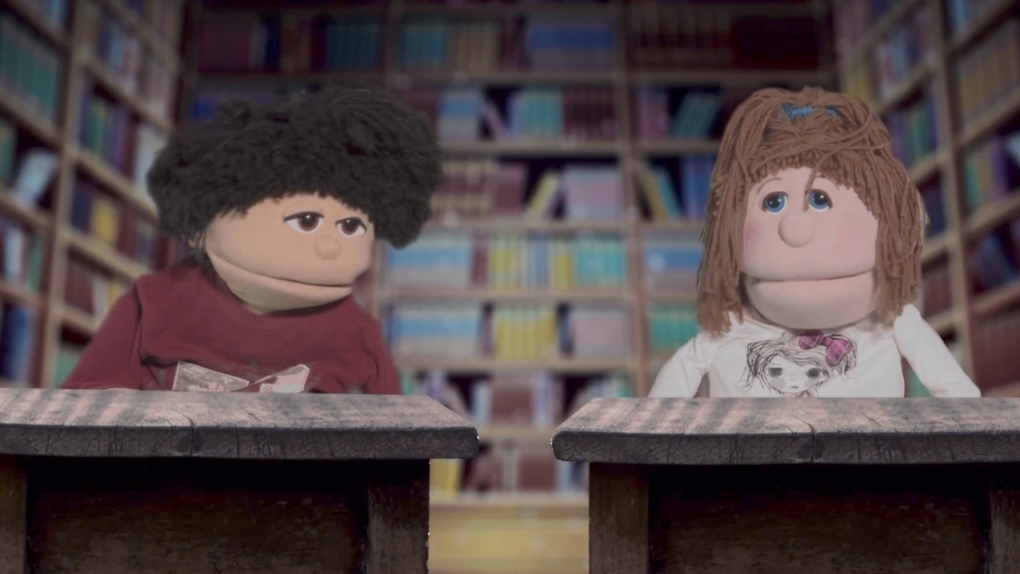 The Friends and Neighbours Club puppet show put on by the Phoenix Centre for Children and Families in Pembroke, Ont. (Dylan Dyson/CTV News Ottawa)

PEMBROKE, ONT. -- In person puppet shows put on by the Phoenix Centre for Children and Families in Pembroke, Ont. are going virtual.

Since 1992, the Phoenix Centre has been putting on the Friends and Neighbours Club, which involved live puppet shows at elementary schools that addressed youth mental health needs and issues.

The centre says those performances haven't been put on in years now due to the pandemic.

The Phoenix Centre says due to the demand for mental health services the capacity is not currently available to handle every child's needs individually. Thus, the live performances have been transformed into videos for classrooms and clinics to access at their convenience.

At the launch on Friday, three videos are currently available for viewing on their website, with more videos to come.

"We were able to poll the schools locally and say, what are the three hot issues right now for schools," Lubimiv tells CTV News Ottawa. "They identified COVID, racism, and anxiety. Anxiety is really heavy right now in terms of being an issue."

The videos target children aged four to 11. Lubimiv says children in that demographic are able to relate to the puppets as peers and friends.

"We see problems after they have festered, after they have really blown into large proportions. If we can reach children younger as they are forming some of their impressions of themselves, impressions of others, their social skills, emotional skills, and regulation skills, then we have a much better chance of having children who grow up resilient and that they will not be challenged by mental health issues in the same way they are today."

The Phoenix Centre says their videos and resources are now available to thousands of classrooms and clinics at a time now, rather than the live performances, which could only target small groups at a time.