The Ottawa Valley's Horse Logger Alec McGrath: More than 60 winters in the forest

RUBY, ONT -- In Ruby, a fittingly named jewel of the Upper Ottawa Valley, near Golden Lake, Ontario, traditions are as firmly rooted as the pine.

People in this part of the world, two hours "up the line" from Ottawa, are content to do things as they have always been done.

Take Alec McGrath. The 75-year-old has been logging these forests for more than 60 winters with his friends and colleagues, a team of heavy horses.

"Oh, I can drive them just as good as I ever could," said McGrath.

"I guess you get so used to it. You think you have to have the horses here.  And that’s the way I always will have, too," he said with a smile and twinkle in his eye. 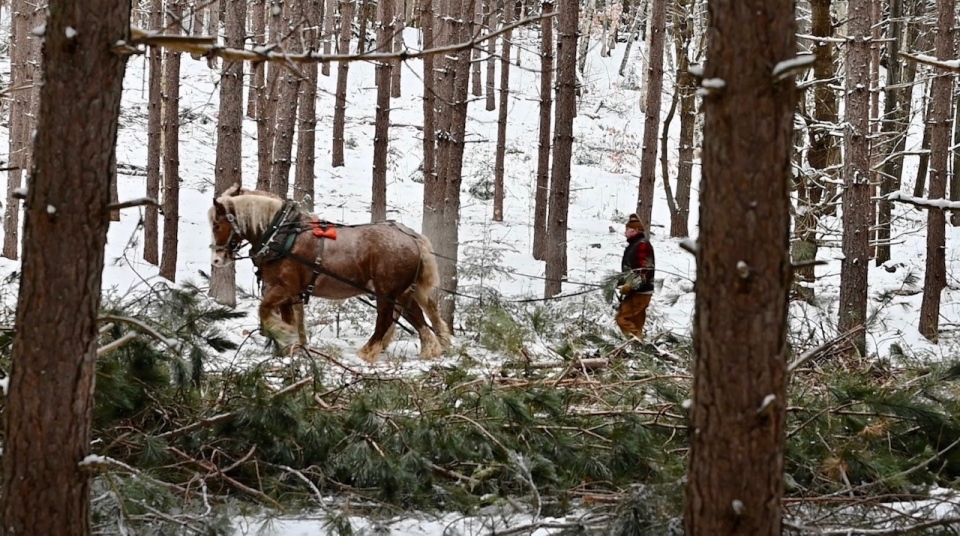 McGrath remains proudly at the reigns of the only business he has ever known.

"I think this is all he’s ever done. As long as there’s a horse around, he’s happy," said his son, Dennis McGrath.

"He’s always been around horses and has taught us pretty well everything we know about them. It’s a completely different world," said his other son, Shannon. 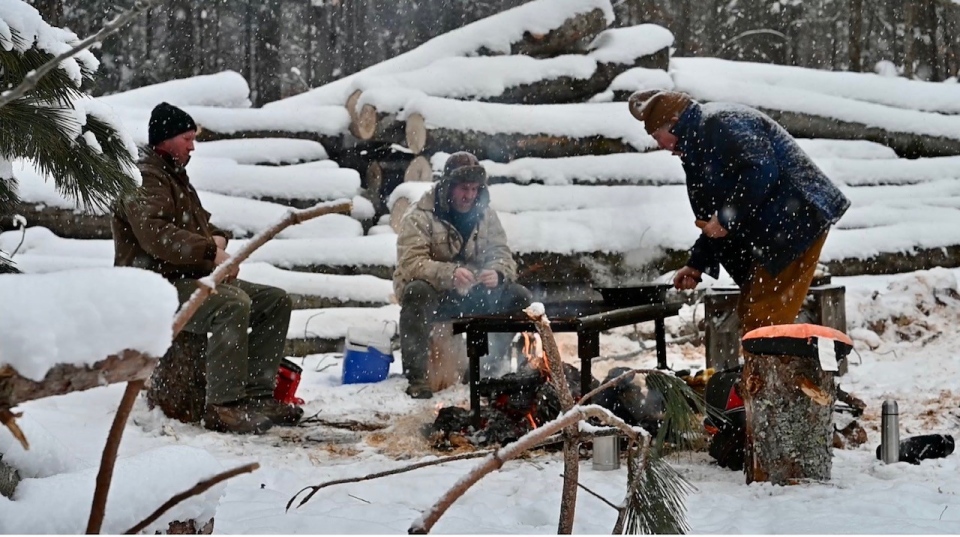 The 'different world' is one the McGrath family is happy to be a part of. Every day, they are up early cutting, and skidding, trailer loads of logs destined for a local lumber mill.

"And we probably have a good five more to cut today," the elder McGrath said with a chuckle.

"So, we’ll be here a while, yet. It just depends on the weather and how hard I want to work."

"If you don’t work you’re going to gain weight.  I like to keep the belt tight, not on the last hole."

There are the daily, unspoken perks of the jobs. The entire team pauses just before noon for "dinner", feeding on sandwiches toasted over the open fire, and fresh venison sausage.

The heavy horses like to eat too.  Their muzzles are deep in hay just next to the bonfire where the two generations of McGraths also graze, and quietly look at the flames. 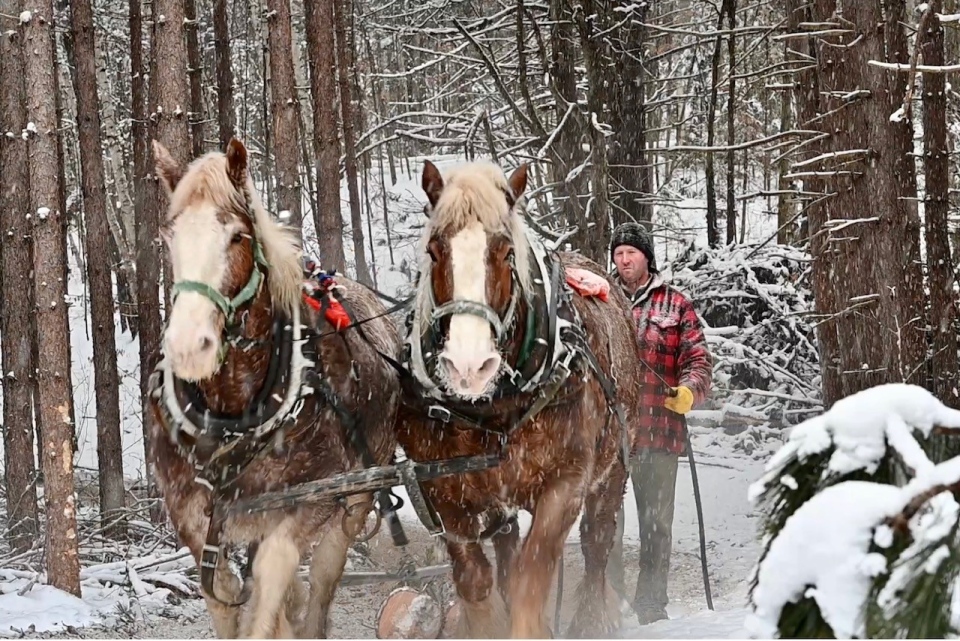 This winter enterprise keeps the McGrath family happy.  Dennis runs his own landscaping business at other times of the year; Shannon is involved in road construction.

The money Alec earns here is typically used for the same thing, over and over: horses!

"I like spending money because I don’t want anyone spending my money after I’m gone," Alec said.

No one is betting Alec McGrath will be gone any time soon. Like the pine he harvests with his equine friends, we cannot imagine the Ottawa Valley without him.