The Ottawa Public Library's most requested eBooks and eAudiobooks of 2021 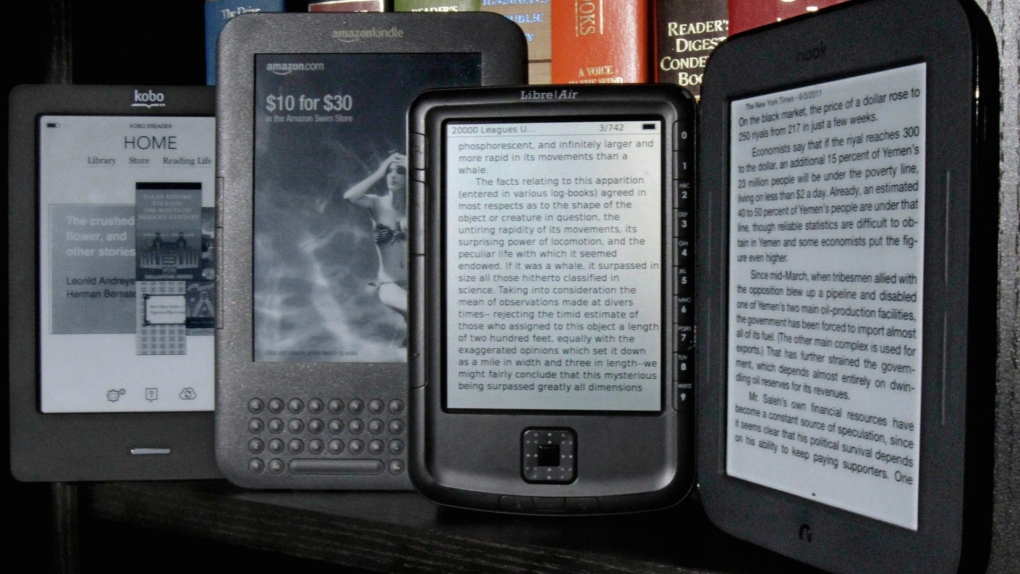 The Kobo eReader Touch, an Amazon Kindle, an Aluratek Libre Air, and a Barnes & Noble Nook, left to right, are displayed in this photo, in New York, Tuesday, June 14, 2011. (AP Photo/Richard Drew)

If you're looking for a new eAudiobook or eBook to cuddle up with during this cold snap, the Ottawa Public Library has released a few suggestions with the top checkouts in 2021.

Nomadland by Jessica Bruder was the most borrowed eBook through the library's OverDrive collection in 2021.   The nonfiction book written by the American journalist was also adapted into a film in 2020, which won the Academy Award for Best Picture.

The Ottawa Public Library says all you need is a valid library card to access digital books from its OverDrive-powered digital collection.