On a tree-lined street in downtown Cornwall, in the shadow of buildings more than a century old, something new has popped up.

“This is the Happy Popcorn Company,” said co-owner Kristin Davey.

It’s a joyous purveyor of more than 50 varieties of popcorn, and an endless assortment of candies, sweets, and chocolates.

“We’ve barely been able to keep up with demand for product on our shelves. It’s flying off,” she said.

Flying off so fast, the company keeps moving locations to keep pace with customers’ needs.

“We’ve been in business less than three years and we’ve already moved twice.”

“In January, we moved again and now are at over four thousand square feet in this location and we couldn’t be happier,” said Bill Halman.

The couple is happy to satisfy customers.

“People love popcorn. The popcorn is great,” Kristin said with a smile.

And Kristin and Bill are grateful their business will provide a future for their son.

“It’s for Jack, so he has a place to work when he’s out of school,” said an emotional Bill. 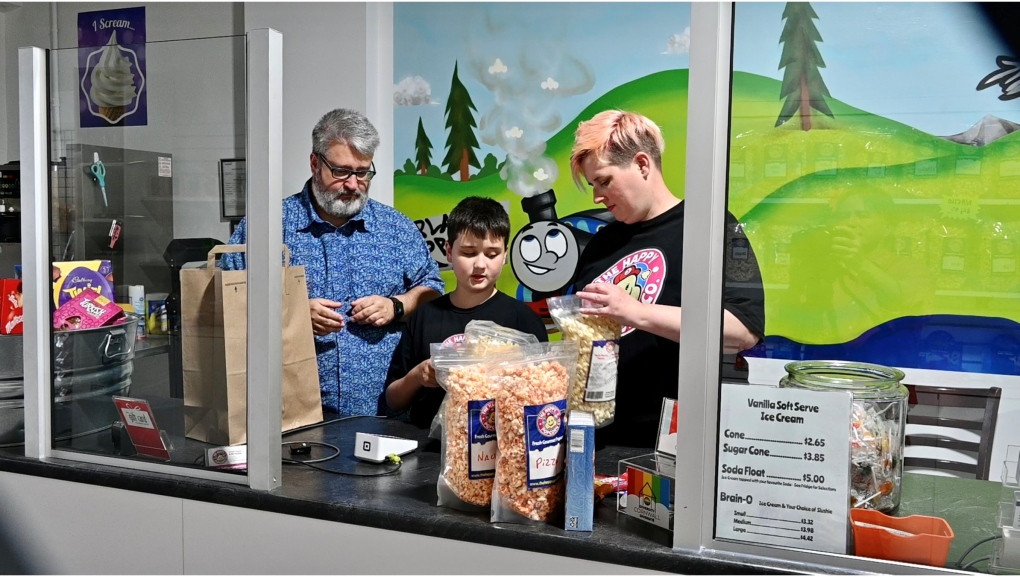 Bill Halman and Kristin Davey own and operate The Happy Popcorn Company in Cornwall. They opened the business so their son, Jack, will have a place to work in the future. Jack is on the autism spectrum. (Joel Haslam/CTV News Ottawa)

“Thanks for poppin’ by,” Jack said with a laugh.

Jack is on the autism spectrum. When not at school, Jack’s doing jobs here.

“Cash and scoops,” he said.

The Happy Popcorn Company, his future.

“It always makes me happy.”

“We told the community this is what we were doing, and they embraced it,” said Halman, with tears filling his eyes.

This business is a beacon of inclusivity, a gift not just to Jack, but others with their own challenges.

“We had to help others that were like Jack in that situation and we’re so proud of our staff,” said Halman.

“Seventy per cent of our employees are either neurodivergent or they have a physical or medical disability,” said Kristin Davey. 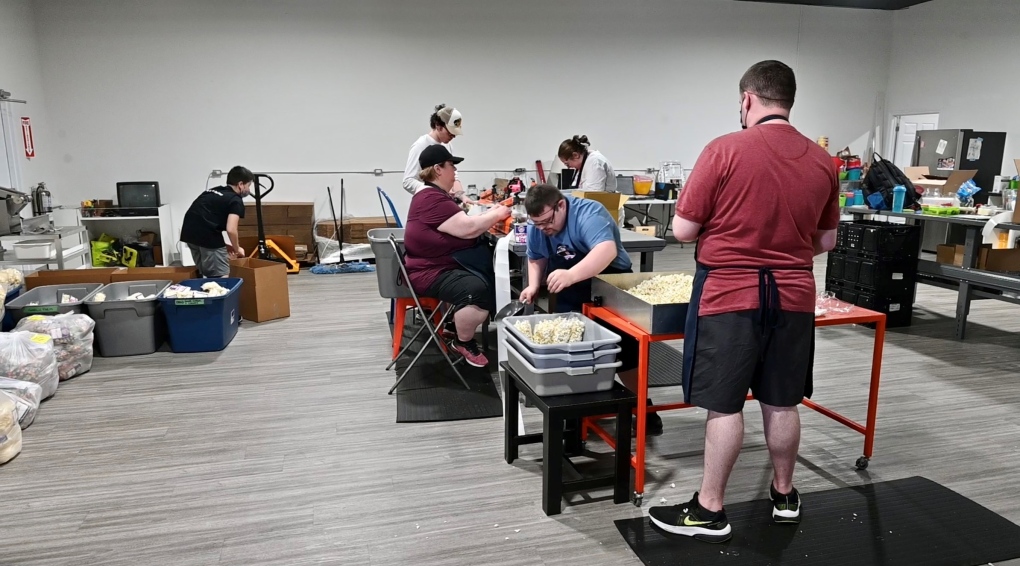 Seventy per cent of The Happy Popcorn Company’s employees are neurodivergent, or have medical or physical disabilities. (Joel Haslam/CTV News Ottawa)

“Our customers, knowing that we’re giving opportunities to others, they’re just over the moon.”

Supervisor Jennifer Handfield said she was deeply moved by the family’s story.

“It just touched my heart when I heard about Jack,” she said.

Handfield is a supervisor at the Happy Popcorn Company. She sees firsthand how opportunity can change lives.

“It’s a great feeling. They’re able to do things that a lot of people think they can’t, but they can,” she said.

For Bill Halman and Kristin Davey, a future for Jack, means peace of mind.

“Knowing that this is here for Jack helps me sleep at night. When he’s in his thirties or forties, he’ll have a purpose to his day, a reason to get up in the morning. People will see him, know him and will accept him,” she said with a warm smile.

It’s a loving gift from mom and dad to their son; made possible by Seaway customers who treasure its value.

“Jack has a future here and he has a family that loves him,” said Bill, his voice breaking.