OTTAWA -- The pandemic has put a damper on major events in Ottawa in 2020 and among them is the 12th annual Army Run.

Lacing up and pounding the pavement in support of Canadian troops looks a little different this year, but the tradition is being kept alive virtually.

Saturday marks the beginning of virtual races, which will run until September 20. Joanne Bradley, who has been participating in the Army Run for the past nine years and is a member of Solider On, is excited for the race even if it’s virtual.

“As a veteran, the Army Run means a lot to me. The money goes to Solider On and that program has helped me and other members of the community,” Bradley said. “It’s really helped with my physical and mental health.”

Soldier On is a program of the Canadian Armed Forces that contributes to the recovery of ill and injured CAF members and veterans by providing opportunities and resources through sport, recreational, and creative activities.

Since 2007, Soldier On has supported close to 7,000 ill and injured members using sport and physical recreational activities to enable social support, build confidence in their abilities and realize their full potential.

Chief Petty Officer Cheryl Bush says Solider On has given her her life back. The serving member has battled lower body injuries and bouts of PTSD for years.

“I’ve been a member of Solider On for the past four years and I’m here to ride,” Bush said. “I’m here today to get on my bike and soldier on. It has given me my life back. I’ve learned to adapt and overcome my injuries.”

Although virtual this year, the funds the run raises go to real programs that can be the difference between life and death.

Canada's Minister of National Defense, Harjit Sajjan, was part of the small group running 21 km on Saturday. As a veteran of the war in Afghanistan, he knows just how important the run is and the programs it supports though Soldier On. 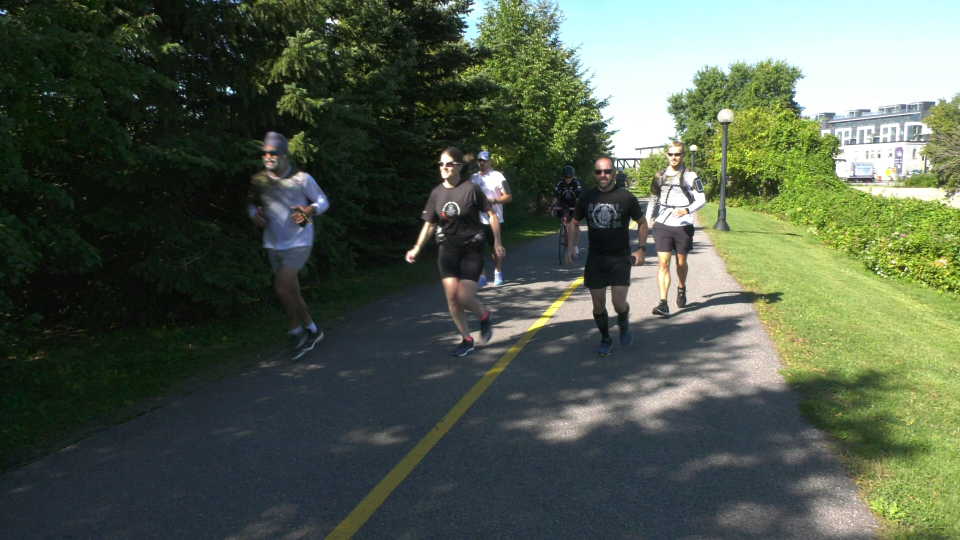 “Having served with so many people, I know some friends who are suffering, some friends who suffered so much they made the choice it was not worth living,” Sajjan said. “We need to make sure these programs continue because they save lives.”

Joe Kiraly, a senior manager with Solider On, says kicking off the annual Army Run, even virtually, is key to supporting CAF members and veterans through Solider On.

“To bring people together even though we are all a little isolated we are never alone,” Kiraly said. “That’s the key message to take away from this year’s Army run.”

You can find more information on the 2020 Army Run at https://armyrun.ca/