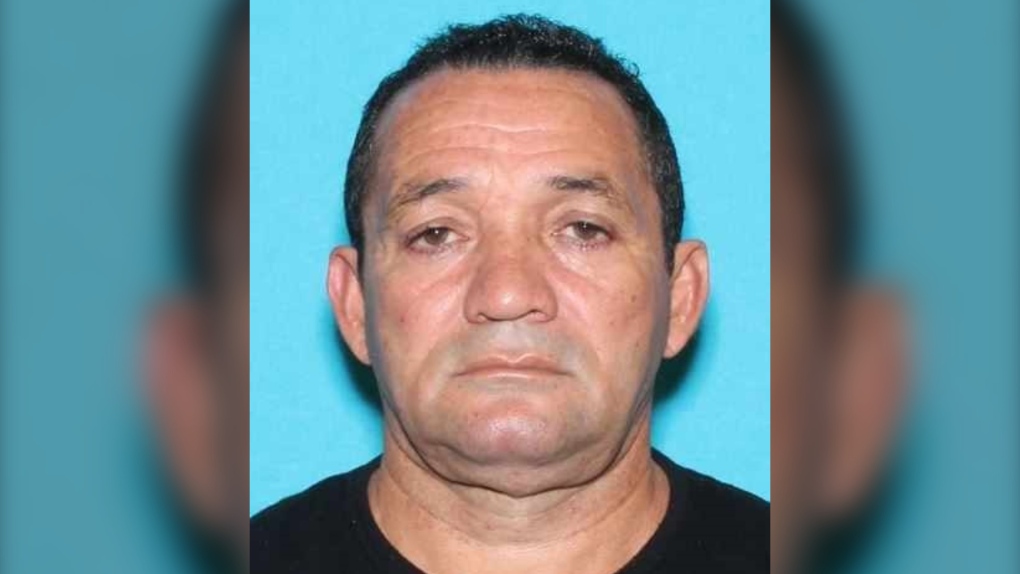 Alberto Ayala Guerrero died after falling onto Highway 401 from an overpass in Brockville, Ont. Sat., July 25, 2020. He was wanted by police in Houston, Texas in connection with a homicide on July 13. (Photo via Houston Police Department / Twitter)

BROCKVILLE, ONT. -- Police in Houston confirm that a Texas man who died Saturday after falling from a highway overpass in Brockville, Ont. was wanted and charged in connection with a recent homicide in the U.S. city.

He was wanted on a murder charge in connection with the July 13 shooting death of a 32-year-old woman named Yenisleydi Dominguez.

Police said Ayala Guerrero's estranged wife and her brother were staying at Dominguez's apartment, when a male suspect allegedly assaulted them before shooting Dominguez. The man then fled in what was believed to be a white dump truck with no license plates.

He died in hospital after falling from the North Augusta Road overpass above Highway 401 at around 10:15 a.m. Saturday, shortly after Brockville police officers approached him.

Houston police said in their press release that Ayala Guerrero jumped from the overpass "after a brief pursuit with Brockville Police Service officers."

The circumstances of Ayala Guerrero's death are currently under investigation by Ontario's Special Investigations Unit (SIU) due to the involvement of Brockville police officers moments before his fall.

The SIU has also formally identified the man as Alberto Ayala Guerrero.

The SIU is an arm's-length agency that is automatically called in to investigate reports involving police where there has been death, serious injury or allegations of sexual assault.

It remains unclear how Ayala Guerrero was able to enter Canada, as the border is closed to non-essential travel because of the COVID-19 pandemic. CTV News reached out to the Canada Border Services Agency for comment, but in a reply Tuesday, the CBSA said it "does not comment or speculate on specific cases or persons."

"The final decision to permit entry into Canada at a port of entry is made by a Canada Border Services Agency officer, based on the information available to them at time of processing," senior spokesperson Rebecca Purdy said in an email.