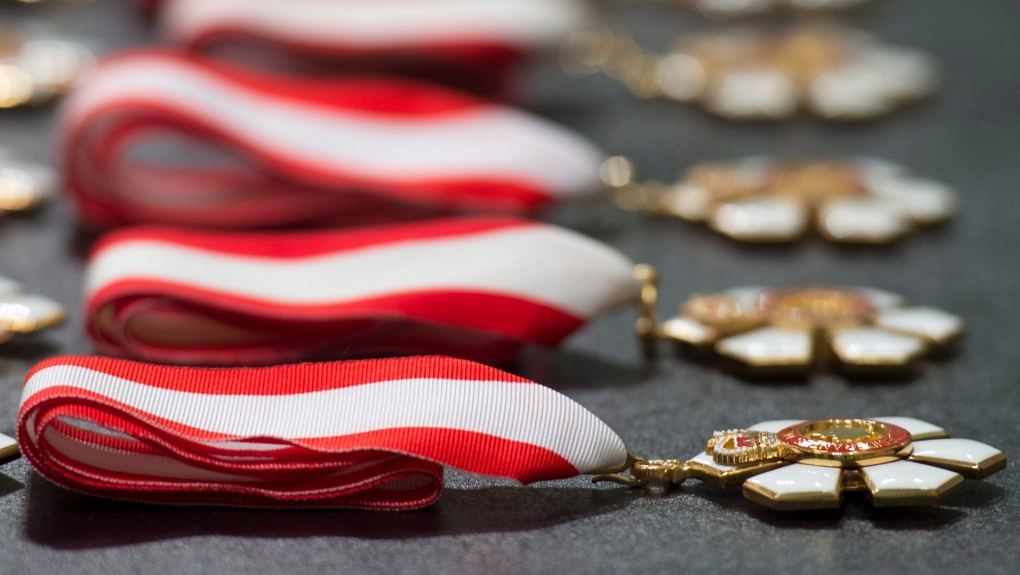 OTTAWA -- Two former Members of Parliament are among 10 Ottawa residents named to the Order of Canada.

The Honourable Monique Begin was promoted within the Order of Canada to Companions. Rideau Hall said Begin is being honoured for, "her lifelong contributions to public health, education and global human rights, and for consistently strengthening Canada's international reputation in these fields."

Begin was the first woman from Quebec elected to the House of Commons in 1972.

Allan Rock has been appointed to the Order of Canada. Rideau Hall said the former Liberal MP and president of the University of Ottawa is being honoured for "his contributions to the advancement of human rights and global humanitarian issues, and to the fields of law, politics and education."

Howard Alper of Ottawa was also promoted within the Order of Canada to Companions. Rideau Hall said Alper was honoured for his "significant contributions to organometallic chemistry and for his internationally recognized leadership in science research and policy."

Ottawa's John Runnalls was appointed an Officer of the Order of Canada, "For his decades-long commitment to and influence in promoting environmentally sustainable development around the world."

New members of the Order of Canada from Ottawa are:

Ronald Cohen – "For his dedication to promoting and preserving literary and cultural heritage in Canada and abroad."

Edward Finn – "For his lifelong contributions to Canada’s political discourse as a trade unionist, journalist, writer and politician."

David Grimes – "For his outstanding leadership in meteorology and for his pioneering development of a global strategy on climate change and disaster-risk preparedness."

Anthony Hendrie – "For his volunteerism and philanthropy in support of a wide range of causes over the past 60 years."

Jagmohan Humar – "For his contributions to structural engineering, for his commitment to education, and for his long-standing service as a community leader."

Harvey McCue (Waubageshig) – "For his contributions to the health and well-being of Indigenous youth in Canada and for his influential leadership in education."

Also appointed to the Order of Canada are Michele Leering of Kingston and Anthony Poole of South Lancaster.