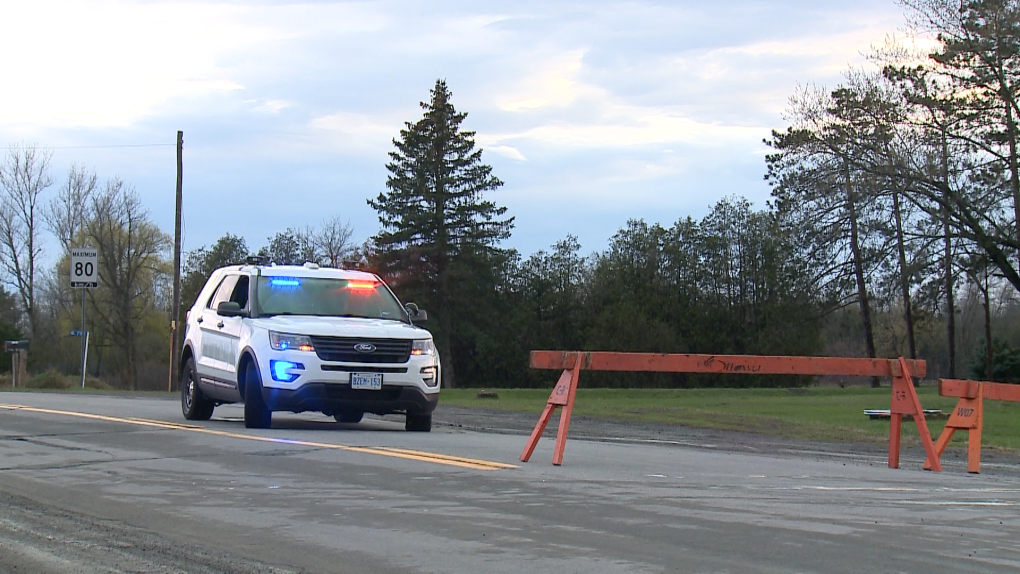 A police vehicle and barricades block the road where a 14-year-old boy died of his injuries after he was hit by a van while riding on a dirt bike in Ottawa's west end on April 18, 2021. (Aaron Reid/CTV News Ottawa)

OTTAWA -- Ottawa police say a 14-year-old boy has died of his injuries after he was hit by a van while riding on a dirt bike in Ottawa's west end.

Emergency crews responded to the crash on Franktown Road at Munster Road at approximately 4 p.m. Sunday. Police told CTV News Ottawa that a dirt bike being driven by two people was struck by a vehicle.

In a release Monday, police said three dirt bike riders were heading north on Munster Road when two of the riders, boys aged 14 and 15, collided with a vehicle that was heading east on Franktown Road.

The 14-year-old died of his injuries in hospital while the 15-year-old suffered serious but non-life threatening injuries.

Police say the incident remains under investigation. The victim has not been identified and there is no word on whether any charges will be laid.