OTTAWA -- Ashley, the cat, is happy, healthy and being adopted by a new family, weeks after CTV News Ottawa told you about the kitten on the verge of death after being covered with hot tar in Gatineau, Que.

Janice Richard has been taking care of Ashley, fostering her back to a full recovery.

"It’s been a long road for her to come back," says Richard. "I’ve had to keep at her for quite a while to get all that tar off, but all the tar is completely gone."

Most of the tar was near Ashley’s eyes, nearly blinding her.

"Her eyes are perfectly clear," says Richard. "I don’t see anything that would give me any indication that there’s a health problem anywhere."

"We had applications from all over Canada wanting this kitten," says Sandi Lawson, founder of Adopt Me Cat Rescue.

But not just this kitten, Ashley now comes as a packaged deal.

"She met her siblings and that was fabulous," says Richard. "She’s got a little brother and little sister - Vanessa and Ty."

Both siblings were with Ashley when she was covered with tar, but were able to escape injury.

"And we’ve got a great couple who have agreed to take all three," says Lawson. "So it makes a great story even better."

Now, Ashley, Vanessa, and Ty are all finally ready to move to their forever home. 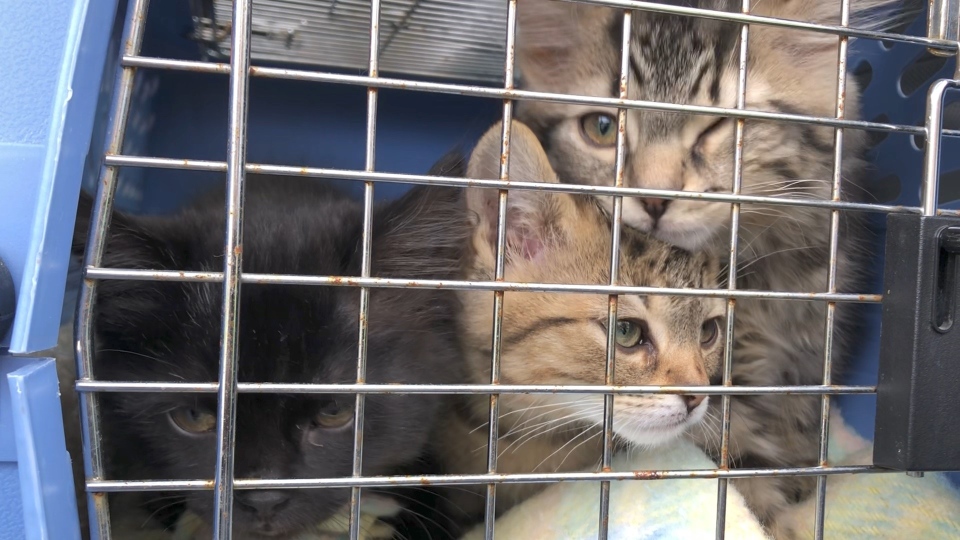 Joanne and Gerry Drew are cat lovers and couldn’t help falling in love with Ashley after seeing how strong she was to come back from her horrible situation.

"My heart just broke, I could not imagine," says Joanne. "And to see her now, it's just amazing. I hope we’re going to have a great long life with all three of them."

The three kittens are going to a home that already has pets, anxious to meet their famous siblings.

"They’re just three happy, rambunctious kittens as you saw. We’re just thrilled," says Gerry. "Really from our standpoint they’re just going to become members of the family like every other cat I’ve ever had."

For Richard, it’s an understandably bittersweet day. However, she says the fact that this story of survival has a happy ending is all that matters.

"She’s just an awesome little kitten now," says Richard. "She loves to be picked up and cuddled. She runs around like stink playing with her. Yah, she's great."