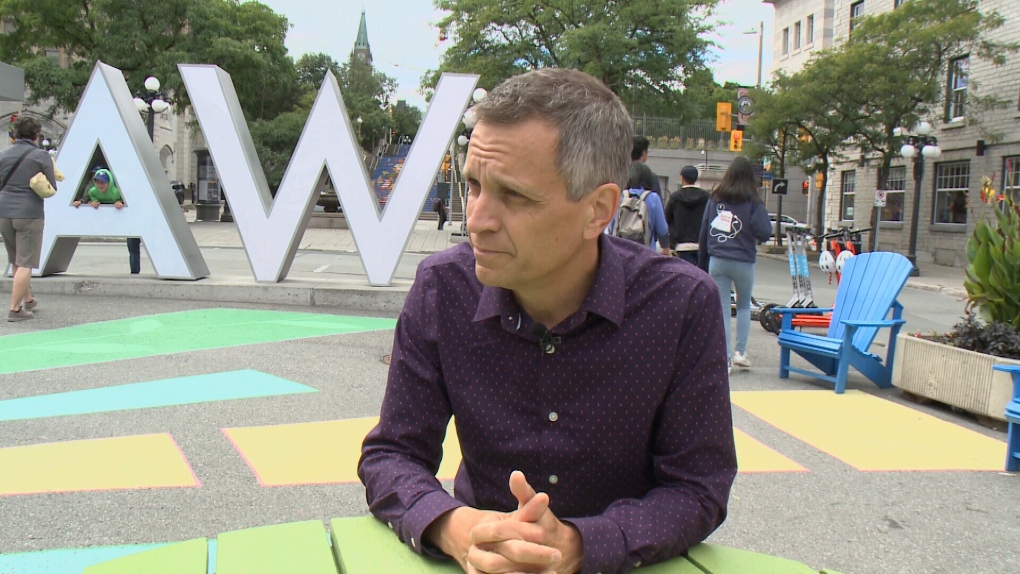 Mark Sutcliffe is pledging to devote an additional $100 million over four years to repair and clear snow from Ottawa’s roads and multi-use pathways.

The mayoral candidate is also promising a “balanced approach” to transportation that will “respect how people choose to get around Ottawa.”

“That might be easy if you live downtown and can get around on a bicycle, but there’s so much more to Ottawa than just downtown. I respect the fact that if you live in the suburbs or rural Ottawa, you’re not going to take your kid to ringette practice in February on a bike.”

That position appears to be a rebuke of Catherine McKenney’s $250-million plan to build 25 years’ worth of cycling infrastructure in four years. That plan will be achieved through green bonds, McKenney said earlier this month.

“We need a system that works for everyone, whether you’re walking, riding a bike, or driving a vehicle,” Sutcliffe said.

Sutcliffe originally made the $100 million announcement on Sept. 8, but expanded on it Thursday. He also said he would implement the recommendations of the judicial inquiry into Ottawa’s LRT system (due out in November).

McKenney’s transit plan would freeze fares, increase OC Transpo funding by 20 per cent and introduce free transit for youth. They would also bring the LRT maintenance contract in-house if Rideau Transit Group is found to be in default of the project agreement; Sutcliffe said he would not do that because the city doesn’t have the capacity of expertise for it.

Sutcliffe said he would freeze fares for youth, seniors and low-income transit riders, and would “focus on the missing gaps in the cycling network” where lanes abruptly end.

Sutcliffe is also promising a web-based “pothole-line” where residents can report potholes, and is proposing to double city councillors’ traffic calming budgets to $100,000 per ward.

Bob Chiarelli, another mayoral candidate, has pledged that no new construction projects would start in his first year in office, but has not yet released a full transportation platform.

After hammering Atlantic Canada, post-tropical storm Fiona has moved inland in southeastern Quebec, with Environment Canada saying the storm will continue to weaken as it tracks across southeastern Labrador and over the Labrador Sea.